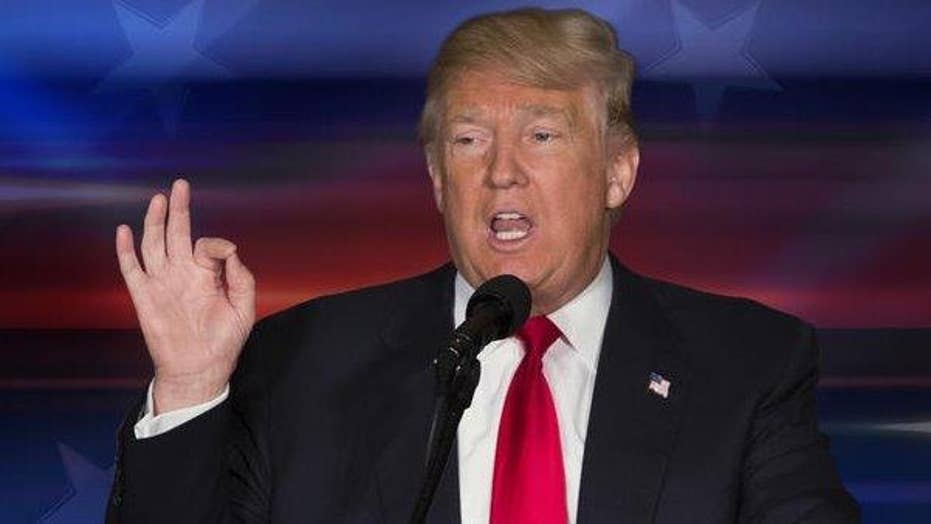 Must the Republican Party unite behind Donald Trump?

The most conservative wing of the Republican-led House still appears firmly opposed to Donald Trump as the party’s presumptive presidential nominee, with Kansas GOP Rep. Tim Huelskamp arguing Sunday that Trump must be more presidential and consistent on key issues.

“He's vulgar, he's crass,” Huelskamp, a member of the conservative and powerful House Freedom Caucus, told “Fox News Sunday.” “The best thing about Donald Trump today is he's not Hillary Clinton. But he's certainly not a conservative, either.”

Trump, since become the presumptive nominee in early May, has tried to rally party members around his White House bid.

He has had some success in recent weeks, picking up endorsements and purportedly getting a multimillion-dollar financial promise from GOP mega-donor Sheldon Adelson.

Trump met Thursday with top Republican congressional leaders -- including House Speaker Paul Ryan, who said the meeting was productive but that he must have assurances before endorsing Trump that he will push a conservative platform.

That Ryan would take such a measured approach is no surprise, considering the caucus last year pushed out Ryan’s predecessor as speaker, Ohio Rep. John Boehner, for failing to meet its conservative standards.

“It's not just me. I think there are millions of soccer moms, football dads, baseball dads across America … and they have a presidential candidate who is demeaning the women,” said Huelskamp, who on "Fox News Sunday" show debated Trump’s conservative credentials with former House Speaker Newt Gingrich. “I have a 9-year-old and he can't even listen to the guy on television.”

“He is all over on all the issues,” Huelskamp said. “Here is the guy who suggested he was going to appoint his pro-abortion sister to the U.S. Supreme Court.”

Gingrich responded by saying that Trump is not a traditional conservative.

“He has never claimed to be (one), but he has said that he will nominate very conservative judges,” Gingrich said.

Huelskamp acknowledged that Trump was a better choice than Clinton, but said he must improve his behavior and make “clear, consistent changes.”