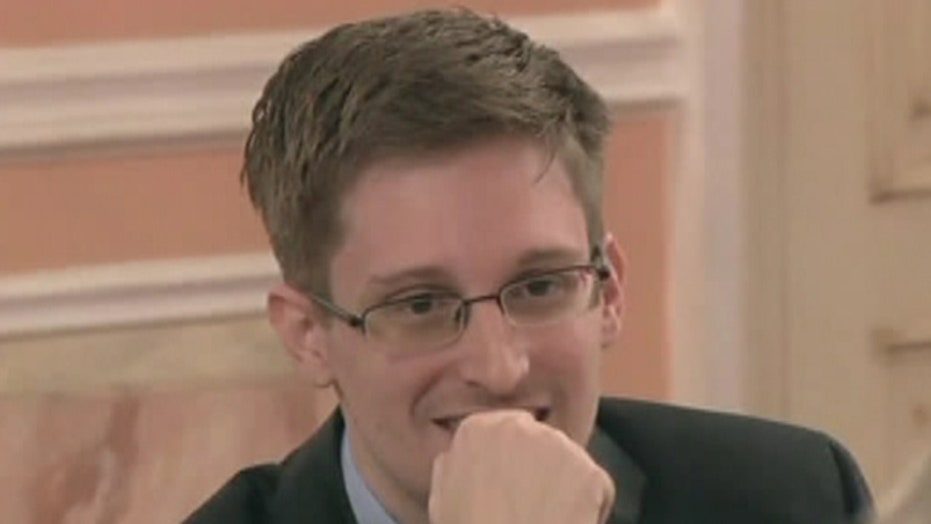 The terms presented by Holder, who made the comments Thursday, echo a position held by the administration for months.

“We would do the same with any defendant who wanted to enter a plea of guilty," Holder said at the University of Virginia’s Miller Center.

Holder made similar comments earlier in the day on MSNBC, dismissing the possibility of outright clemency.

Snowden, though, has rejected those terms and reiterated his position Thursday. In a live online question-and-answer forum on FreeSnowden.is, Snowden said that he believes returning to the United States is "the best resolution for the government, the public, and myself, but it's unfortunately not possible in the face of current whistleblower protection laws."

Snowden called for a reform to the Whistleblower Protection Act, and said until changes are made, "there's no chance to have a fair trial, and no way I can come home and make my case to a jury."

Snowden was granted temporary asylum in Russia this past August after traveling to Moscow from Hawaii via Hong Kong. On Thursday, an independent review board called for ending the NSA data collection program that Snowden exposed, claiming it is illegal. The White House, however, disagreed and indicated it would not be following that recommendation.

A Fox News poll released Wednesday found that more than two-thirds of those surveyed were glad Snowden exposed the NSA’s electronic surveillance program.