Rep. Hinson attempts to block IRS from monitoring transactions over $600

FIRST ON FOX: Rep. Ashley Hinson, R-Iowa, is calling for Homeland Security (DHS) Secretary Alejandro Mayorkas to resign over the mass release of migrants into the United States -- citing what she calls a "dangerous void" in leadership from the Biden administration.

"Secretary Mayorkas has lied repeatedly to Congress and to the American people about the crisis at the border and has time and again put politics over border security," Hinson said in a statement obtained by Fox News.

Hinson is one of a number of Republicans to accuse DHS of being unresponsive to requests for information about the crisis at the southern border. More than 200,000 migrants were encountered in July and August, but Republicans including Hinson have pointed to gaps in information on issues like how many migrants are released and how they are being tracked.

"It took Secretary Mayorkas five months to spin up a response, and even then, D.C. bureaucrats refused to answer my basic questions about who was being let into the U.S. and why," she said.

Hinson pointed to Fox News reporting that emerged days later that showed that more than 160,000 migrants have been released into the U.S. since March, including 94,570 with Notices to Report and roughly 32,000 immigrants into the U.S. via parole.

Hinson said that the reporting shows that DHS has the information that she had requested multiple times, through direct questioning, official written requests and letters, but had never handed it over. 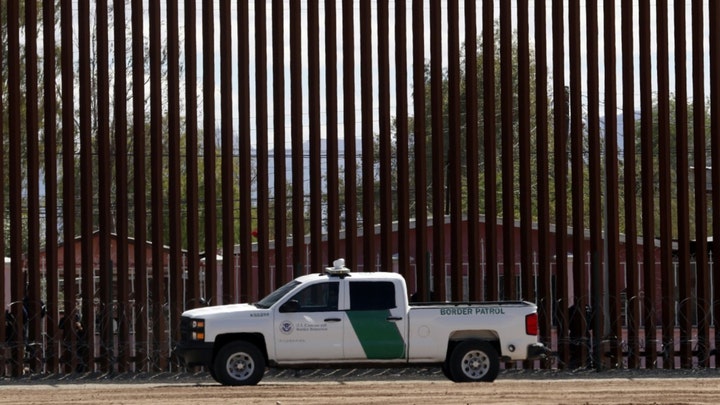 "DHS had this information all along—they just didn’t want the American people to know they aren’t enforcing our immigration laws and are playing games with our national security," she said.

Hinson goes on to argue that "not only has the border crisis spiraled out of control on Secretary Mayorkas' watch, but he has been lying to the American people about it."

"Secretary Mayorkas has failed in his duties as Homeland Security Secretary and should tender his resignation," she says. "This is not a call I make lightly, but we are out of time, and there is a dangerous void in leadership from this Administration at the border."

"His replacement should commit to securing our border, providing our Border Patrol Agents with the support they need, and being accountable to and truthful with the American people about immigration policy," she adds.

Hinson’s statement comes as the September border numbers are expected to be released any day, and just as the Biden administration is grappling with a federal order demanding it restate the Trump-era Remain-in-Mexico policy.

DHS said it is ready to reinstate the policy by mid-November in response to the court order upheld by the Supreme Court – even as it works to abolish the program by a different method.