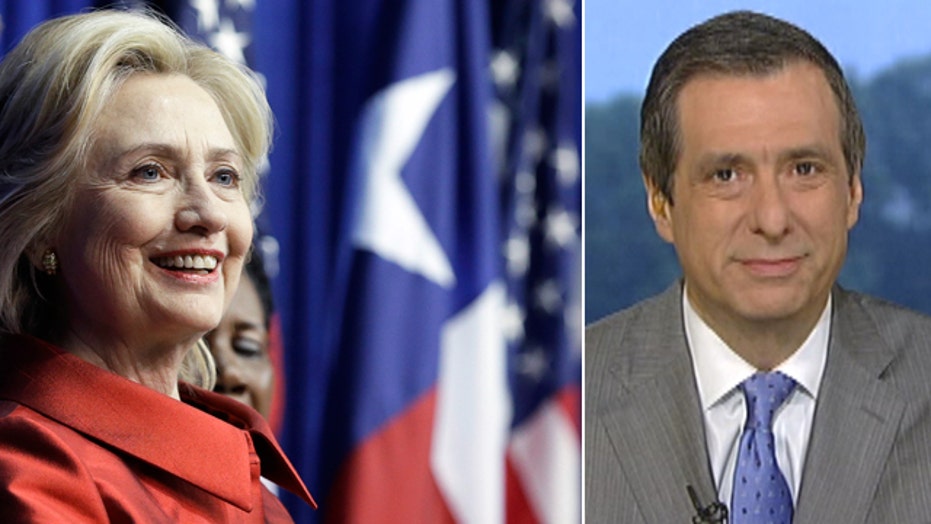 Campaign reporters are like frustrated campaign managers: they love to get down in the weeds and plot strategy.

So with Hillary Clinton ready to coast to the Democratic nomination, some of the media’s finest minds are examining how she might win the general election.

The starting point for this electoral exercise is that Hillary is moving left. This has hardened from a theory to a glimmer to an undeniable fact. On issue after issue—gay marriage, immigration, criminal justice, voting rights—she has “evolved” toward a more liberal stance.

Now because she happens to be married to a former president, the pundits can’t resist the comparison. Bill Clinton moved the Democratic Party toward the center, especially on such issues as welfare and budget-balancing; Hillary is moving toward the Elizabeth Warren wing.

In the media’s binary world, there are two choices: Hillary can run left, energize her base and give up on swing voters, or she can run as more of a centrist and assume the base will fall into line.

It’s a hot debate this week after a smart New York Times piece by Jonathan Martin and Maggie Haberman:

“Hillary Rodham Clinton appears to be dispensing with the nationwide electoral strategy that won her husband two terms in the White House and brought white working-class voters and great stretches of what is now red-state America back to Democrats.

“Instead, she is poised to retrace Barack Obama’s far narrower path to the presidency: a campaign focused more on mobilizing supporters in the Great Lakes states and in parts of the West and South than on persuading undecided voters.”

The piece goes on to question whether Hillary can replicate “the so-called Obama coalition of young, nonwhite and female voters,” given that blacks would naturally not be as energized as in 2008 and 2012. This also plays into a related debate: How many swing voters are left these days? In an era of polarization, more Democratic and Republican voters can’t stand the other party, leaving a dwindling pool in the middle.

Of course, few things in politics are quite so black and white. Hillary might balance her liberal approach with more hawkish leanings on foreign policy. She might push certain issues that appeal to independents while whipping up the base by attacking Republicans on marriage and abortion.

From the right, David Brooks sees the apparent Hillary strategy as destructive:

“America has always had tough partisan politics, but for most of its history, the system worked because it had leaders who could reframe debates, reorganize coalitions, build center-out alliances and reach compromises. Politics is broken today because those sorts of leaders have been replaced by highly polarizing, base-mobilizing politicians who hew to party orthodoxy, ignore the 38 percent of voters who identify as moderates and exacerbate partisanship and gridlock.

“If Clinton decides to be just another unimaginative base-mobilizing politician, she will make our broken politics even worse.”

From the left, the Washington Post’s Ruth Marcus says, what liberal strategy?

“Reports of Hillary Clinton’s supposed lurch to the left have been greatly exaggerated, and there’s more to come…

“Nothing Clinton is saying is outside the 2015 Democratic Party mainstream — or, more to the point, is likely to hurt her in a general election.

“Sure, the Clinton campaign wants to placate the base. But if Clinton’s recent positions are pandering, this is pandering with a purpose, and without an obvious cost. She’s saying everything she can to make the left happy — without backing herself into a left-wing corner. Where’s the downside in chiding Republicans on voting rights?”

Hillary could easily fall short. But if she wins on a liberal platform and winds up with a Republican Congress, we could be in for the same kind of gridlock that has plagued the last two presidents.