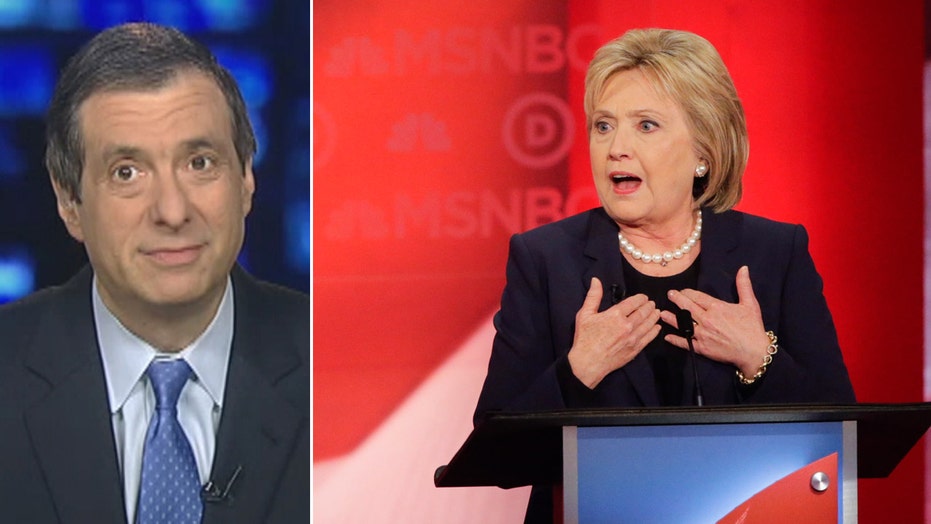 Suddenly, with Hillary battered and bruised, we are awash in Democratic debates.

The allegedly inevitable candidate who was perfectly happy to avoid the hell out of debates now can’t get enough. It’s practically become a mini-series.

And the Democratic National Committee has been happy to go along.

Clinton and Bernie Sanders faced off in a PBS debate in Milwaukee last night, this after an MSNBC debate and CNN town hall on back-to-back nights last week.

The MSNBC event was one of four hastily added sessions to augment the original slate of six.

That initial schedule was something of a joke, given that so many of the faceoffs were on Saturday nights or, in one case, over Martin Luther King weekend.

Clearly, the DNC was protecting Hillary, who hoped to coast to the nomination without the inconvenience of having to do verbal combat with her rivals, at least not at a time when many Americans were watching.

But then came the Sanders surge, and Clinton, who is very skilled in these formats, decided it was in her interest to take on her opponent more directly. And

Debbie Wasserman Schultz made it happen.

I’m all for more debates, given that journalists get to question the candidates, though a certain fatigue can set in. And I know that front-runners often try to avoid or at least minimize the number of debates, rather than share the spotlight with a struggling rival. But rarely does one campaign get the party to do its bidding.

There has been a debate over debates within the party. Simon Rosenberg, president of the New Democratic Network (and a “Media Buzz” guest), wrote last fall:

“The central rationale the DNC is using to stubbornly stick to a clearly inferior schedule cannot be backed up by data, or frankly, common sense.”

The tipoff that things were about to change came in a Jan. 16 New York Times piece:

“Several Clinton advisers are…regretting that they did not push for more debates, where Mrs. Clinton excels, to more skillfully marginalize Mr. Sanders over his Senate votes in support of the gun industry and the enormous costs and likely tax increases tied to his big-government agenda.”

Wasserman Schultz dismisses any pro-Hillary tilt as “ridiculous.” She has said that sniping from the Sanders camp is an expression of “the normal understandable frustration over what they think is a sinister thing around every corner.”

PolitiFact branded Wasserman Schultz’s claims “false,” saying: “If the Democrats had wanted to 'maximize' opportunities for viewers, the party could have added more debates, scheduled them on weekdays and avoided holidays.”‎

By the way, the broadcast networks are complicit as well. They went along with the weekends-and-holidays plan because they didn’t think the Democrats were a good box-office draw and didn’t want to forfeit their lucrative weeknight advertising.

Wasserman Schultz tried to spin the ratings on CNN, saying: “We have actually bested every single Republican debate from 2008 and 2012 -- you know, in the pre-Trump era. They've got a reality TV show going on the other side of the aisle, and we have a substantive and robust discussion about how to build on the progress that we've made.”

But that’s a low bar, given the interest in this campaign. According to the NDN’s calculations, the eight Republican debates so far have drawn more than 129 million viewers. The five Democratic debates before last night have drawn 47 million viewers.

That means voters have gotten far more exposure to Trump/Cruz/Rubio and their rivals than to Clinton/Sanders and their now-departed opponents—which could have an impact on the fall.

Maybe the Democrats’ ratings will improve now that there’s a highly competitive contest—and now that it’s in Hillary’s interest to reach a wider audience.