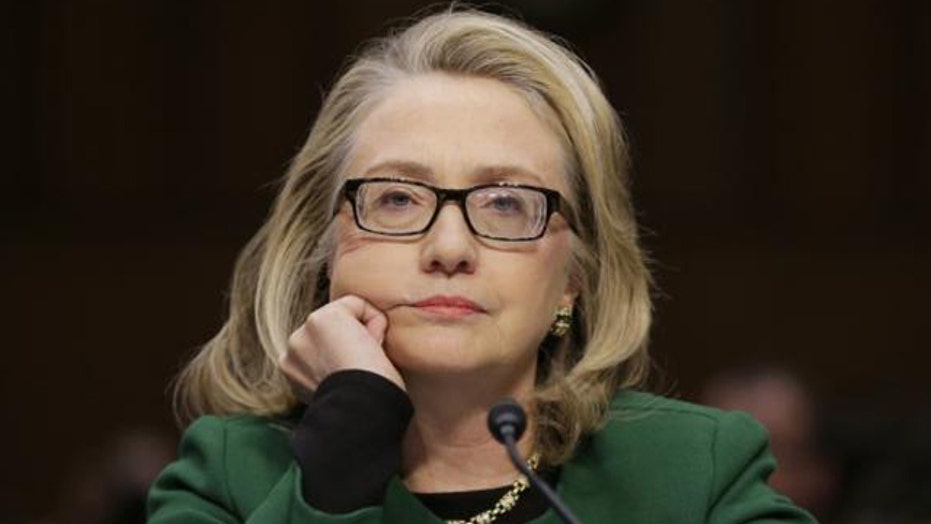 Benghazi does make a difference for Hillary

Power Play: Growing Dem opposition could doom ObamaCare, Benghazi's role in 2016, and RNC to vote on their future

“My biggest regret is what happened in Benghazi.”

And with that statement yesterday from Hillary Clinton, many in punditland and politics proclaimed her admission pathetic.

Ted Cruz certainly wasn’t having any of it.

Nor were other hard-line conservatives who believe that Clinton knew more about the deaths of four Americans at the U.S. Benghazi consulate than she let on. The White House initially claimed the Sept. 11 attack began “spontaneously” in response to an anti-Muslim video.

Meanwhile, CNN yesterday apologized for airing – back to back -- two clips of Clinton, one showing her laughing.

Anchor Ashley Banfield told her audience at the end of her show, “Let’s be very clear. The secretary of state was not laughing about the previous comments about Benghazi.”

Good for them for correcting the mistake.

The “hip hop conservative,” as he calls himself, is resigning and heading back to Florida, hat in hand. Trey Radel pleaded guilty late last year to cocaine-possession charges. He originally planned to stay in office after rehab.

His spare time is clearly being spent with family. This is the most recent post from Radel to his 9,000 followers.

He was a frequent tweeter until his mea culpa on Nov. 19 linking to a post on his Facebook page about the charges.

But the people of Southwest Florida need a leader, and the problem with politics is that when you’re out, you’re kaputsky until the next race.

I’m still struck by how emotional people feel about her visit to North Vietnam in 1972. Here are some of your responses:

First, Time magazine shows Hillary walking out of frame wearing a high heel with a man dangling from it.  Now, the New York Times magazine is over the moon for the likely 2016 Democratic frontrunner.

If someone made my face look like that, I’d sue. Something tells me we won’t be seeing this celestial image on Hillary’s bumper stickers.

John McCain is known for making jokes which sometimes come back to bite him.

But Chris Murphy must be secretly thrilled to hear this one.

Gear up the SuperPACs.