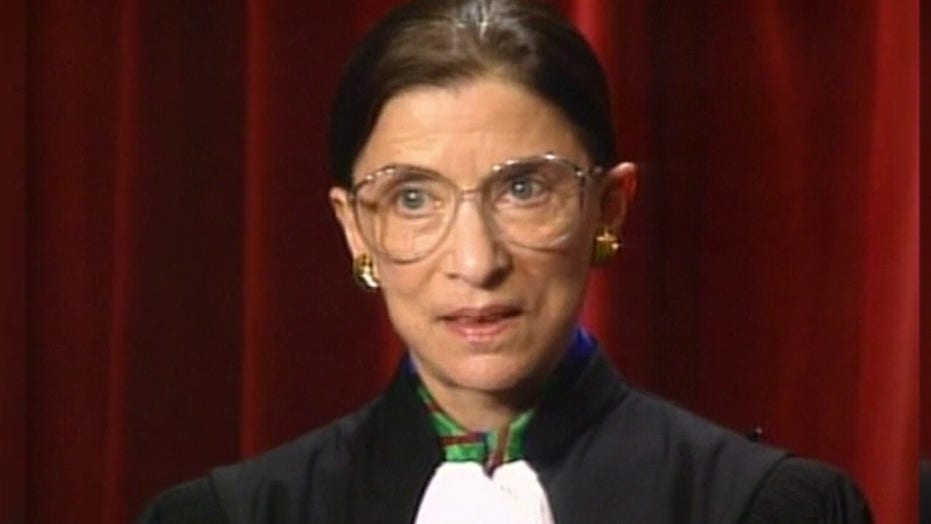 What it was like to argue in front of Justice Ginsburg

The Brooklyn-born justice was known as a champion for women's rights, something Clinton cited Friday in a tweet.

"Justice Ginsburg paved the way for so many women, including me," Clinton wrote. "There will never be another like her. Thank you RBG."

Ginsburg famously called Clinton's 2016 presidential campaign opponent Donald Trump a "faker" in 2016, and Trump responded by saying that "her mind is shot," and that she should resign.

Clinton's husband, President Bill Clinton, praised Ginsburg as "one of the most extraordinary Justices ever to serve on the Supreme Court."

"Her powerful dissents, especially her ringing defense of voting rights and other equal protection claims, reminded us that we walk away from our constitution’s promise at our peril," the former president said in a statement.

The late justice talked publicly about how social acceptance of women in public life had changed during her lifetime.

“I had the great fortune to be alive and a lawyer in the late 1960s," said Ginsburg, "when for the very first time in the history of this country it became possible to urge before courts successfully that society would benefit enormously if women were regarded as people equal in stature to men."

She finished first in her class as a Cornell undergrad. Later at Harvard and Columbia Law Schools, she juggled raising a daughter, helping her husband Martin recover from cancer, and finishing her own studies. As one of nine women at Harvard Law, her initial reception was chilly, with one professor telling her and the eight other women of the Class of 1959 how it felt to take the spots that should have gone to more "qualified" men.

She made the law review, and finished as the top student at Columbia, where she had transferred in her third year.

"Those experiences along with others really galvanized her interest in women's rights litigation," said Margo Schlanger, a Washington University law professor and former Ginsburg law clerk.