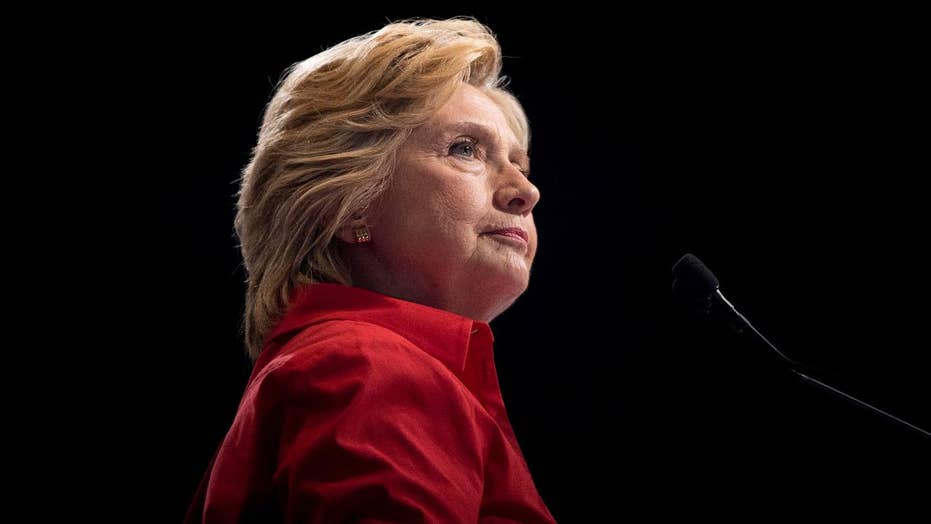 Ex-Clinton adviser: Hillary had no role in Uranium One deal

Former Clinton campaign adviser Richard Goodstein says the Obama-era Uranium One deal was not a major transaction and Hillary Clinton was not involved. #Tucker

One year after losing the presidential race, 2016 Democratic nominee Hillary Clinton is still questioning the “legitimacy” of President Trump’s victory, accusing Republicans of voter suppression tactics in swing states and Russians of influencing votes through a “disinformation campaign.”

“I think that there are lots of questions about its legitimacy,” Clinton said of the election during a video interview posted online Friday by the liberal Mother Jones website.

Clinton lamented how “we don’t have a method for contesting” the election in the United States and called for an independent commission to “get to the bottom of what happened.”

She suggested that she believes the Trump campaign colluded with the Russians, something Special Counsel Robert Mueller’s team has been investigating but the president has flatly denied.

“As we learn more about it, we know that the web of connections between people on Trump’s team and Russian representatives just gets more and more dense,” Clinton said.

Clinton, who has been promoting her book on the campaign and has been headlining paid live events, said she believes the Russians’ “very successful disinformation campaign” contributed to her loss.

CLINTON CALLS URANIUM ONE STORY A ‘DISTRACTION,’ WARNS OF DICTATORSHIP

“I think it was one of the major contributors to the outcome,” she said. “Propaganda works. Advertising works. It’s a form of propaganda. So the Russians may have started out a little heavy-handed and clumsy about it, but they were clearly getting guided as to where to target a lot of their fraudulent claims and phony news.”

She also singled out Wisconsin, a state she lost, and accused Republicans there of voter suppression through things like voter ID laws, which require voters to show identification to vote.

Clinton said “the very clear policy of the Republican administration in Wisconsin to shrink the electorate and suppress votes certainly cost me votes, and very well could have cost me the election there.”

During the campaign, Clinton attacked Trump over whether he would accept the results of the election.

“Donald Trump refused to say that he’d respect the results of this election,” Clinton tweeted in October of last year. “That’s a direct threat to our democracy.”