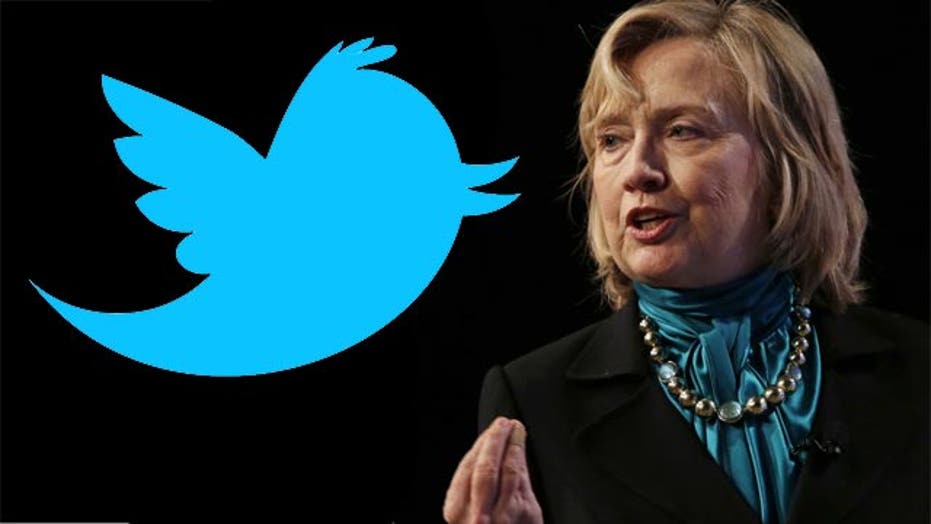 Hillary, Bill and the media: The under-the-radar marriage issue

Forget about foreign policy and Fox News: Is Hillary Clinton going to face an excruciatingly personal issue in 2016?

She’s sitting on the biggest lead ever for the Democratic presidential nomination, with 73 percent support in a Washington Post/ABC poll. She’s confident enough that she sent out a funny tweet during the Super Bowl: “It’s so much more fun to watch FOX when someone else is being blitzed & sacked!” (That garnered more than 50,000 retweets.)

She hugged President Obama a bit closer in a letter to a former Senate colleague, saying the administration’s sanctions “are responsible for driving Tehran to the negotiating table” and that in the nuclear talks “we must give diplomacy a chance to succeed.”

National Journal says that since Hillary hasn’t been in a political role since 2008, there’s a huge gap in what we know about her views on more recent issues:

“When the National Security Agency was found to be spying on foreign leaders, the former secretary of State was mum. Americans cringed recently on learning that Clinton hasn't driven a car since 1996 but can only guess at the former senator's views on fracking in New York, her home state. Her position on Obama's executive order delaying deportation of children brought to this country illegally? Who knows?”

And Clinton will have to address those one by one if she runs. But the response to a segment on Sunday’s “Media Buzz” made me think there is more of an elephant in the room than I realized.

We were examining Rand Paul bringing up Monica Lewinsky on “Meet the Press,” and whether the senator should have resurrected Bill’s awful misconduct as a potential 2016 issue for his wife. While that brought Paul, who is weighing his own White House run, plenty of attention, it seemed to cast Hillary as somehow being responsible for her husband’s sins. (Yes, Paul was responding to a question about something his wife had said, but he clearly chose to escalate the issue.)

Based on a torrent of reaction on e-mail, Twitter and Facebook, Rand Paul touched more of a nerve than I imagined.

Some obvious caveats: Most of these messages are from people who don’t like Hillary Clinton and wouldn’t vote for her under any circumstances. Some make factual assertions that are untrue or unproven. But they show how the passions of the ’90s—and the endlessly debated question of Hillary’s marriage—may lie just below the surface of her potential candidacy.

Mark in Wisconsin: “We all know Hillary was aware Bill was womanizing before Monica and we all know Hillary actively played a role in publicly and privately attacking women like [Juanita] Broaddrick and [Kathleen] Willey. Why didn't you point out that Hillary played a role in the public smearing of Bill’s many victims and why did you pretend that Monica was Bill's only victim when he has dozens of victims going back to his college years?”

Angela in California: “Could it be that Rand Paul and some others are concerned that if Bill Clinton gets back into the White House he will have access to other interns like Monica Lewinsky? Obviously Hillary doesn't have control over what her husband does and he has shown he doesn't either especially when it comes to easy target interns.”

Mary in California: "It's not Bill's sins imputed to Hillary. It's the reflection on either Hillary's character or judgment.  Either she was clueless about his indiscretions (not credible, but if so would indicate that she has no ability to perceive and judge events), or she knew but felt it was in her better interests to stay quiet and reap the benefits of being the FLOTUS despite her husband being a serial sexual predator and abuser of his position of power.”

Since Bill Clinton’s extracurricular relationships go back to Gennifer Flowers, I doubt Hillary was totally unaware of his horndog ways. Certainly the Paula Jones lawsuit must have been an eye-opener. But there’s no evidence that the first lady knew her husband was involved with Lewinsky; in fact, both agree that he lied to her, and it was on that basis that she went on television and blamed the “vast right-wing conspiracy.”

Nor is there a shred of evidence that Hillary smeared anyone in connection with Bill’s love life.

Obviously Bill would be moving back into the White House in a second Clinton presidency, so for those who can’t stand him, or still think women aren’t safe around him, that’s reason enough to avoid the two-for-the-price-of-one package (as Clinton initially pitched his candidacy in 1992).

But is the subtext of a Hillary campaign going to be the internal dynamics of her marriage and yet another argument about whether she should have dumped her husband in 1998? Didn’t the country move on after the Clinton impeachment? Are the media going to buy into that?

I’d prefer that Hillary Clinton be judged by her record as senator, first lady and secretary of State, on her health care plan and Benghazi and leadership skills. But a vote for president is very personal, and some voters are undoubtedly going to weigh her marriage.

And that will happen, in this social media era, whether mainstream news organizations look the other way or not.

Much of Bill O’Reilly’s taped interview with the president, which aired last night, had a discursive and thoughtful quality, the tone markedly different than that of their live Super Bowl showdown.

From poverty to out-of-wedlock births, from the Keystone Pipeline to the welfare state—with Obama saying Richard Nixon was more liberal than he is—the exchanges were quite substantive. Then O’Reilly asked: “Do you think I’m unfair to you?”

Obama didn’t miss a beat: “Absolutely, of course you are, Bill. But I like you anyway.”

“You asked about health care not working, the IRS—were we wholly corrupt. Benghazi. The list of issues you talk about,” Obama said, are “defined by you guys in a certain way.”

And: “Regardless of whether it’s unfair or not, it has made Fox News very successful. Here’s what you guys are going to have to figure out--what are you going to do when I’m gone?”

That exchange was revealing. O’Reilly appeared open-minded, saying, in effect, you got a beef with me, let’s hear it, lay it out—while steering the conversation onto his turf. It’s my job to give you a hard time, O’Reilly said.

And the president handled it well. Rather than get drawn into a point-by-point argument about the Factor, he said good-naturedly that he likes O’Reilly and that bashing him is a successful business model for Fox.

As for Obama's parting shot—what will Fox do without him?—I remember predictions at the end of the Clinton presidency that the ratings would plummet. I wondered about that myself. Instead, Fox ended up soaring past CNN.