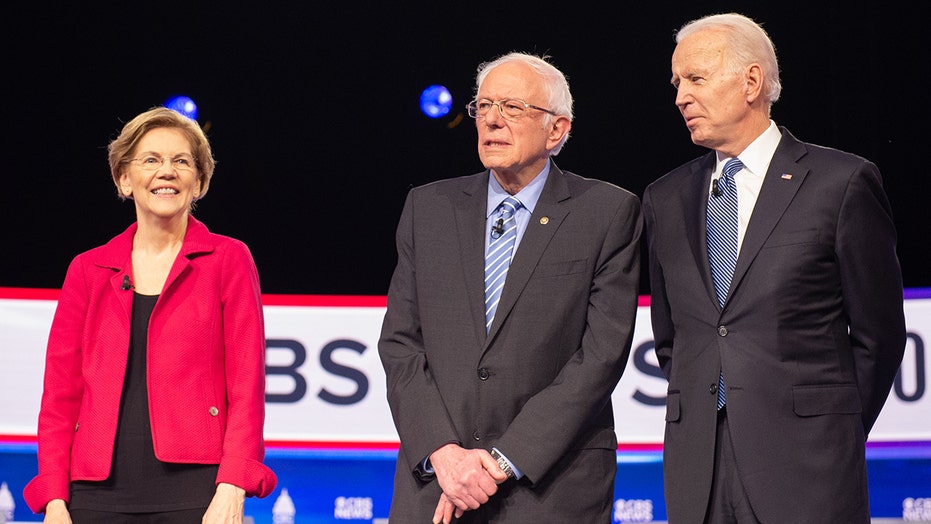 Rubio: Biden's Cabinet will have people who are 'out of their minds'

Congressional Democrats advocating for a spot in President-elect Joe Biden’s Cabinet saw their odds diminish last week after a disappointing showing for down-ballot candidates in the election.

Although Democrats maintained a slim control in the House, they lost critical swing-district seats and failed to take the Senate majority outright. Two Georgia Senate runoff races in January will determine which party controls the upper chamber.

There are still some Hill Democrats who could be asked to join the Biden administration as advisers or appointees, but many more are off the shortlist amid concerns the party could risk imperiling its narrow control.

In the Senate, that includes Elizabeth Warren, D-Mass., and Bernie Sanders, I-Vt., according to Politico. Democrats have privately acknowledged that if Republicans retain control of the Senate and Mitch McConnell remains majority leader, the progressives have no chance of confirmation.

Progressives have floated Warren and Sanders as possible picks to head the Treasury and Labor departments, respectively. Sanders indicated Wednesday that he was open to the possibility.

"What's true is I want to do everything I can to protect the working families of this country who are under tremendous duress right now. Whether that's in the Senate, whether that's in the Biden administration, who knows?" Sanders said during an appearance on CNN. "Let's see how that unfolds."

Asked this week whether he could support Warren for Treasury secretary, Sen. Pat Toomey, R-Pa., cast doubt on whether the former vice president would tap her to join his administration because of the implications for the Senate.

"I doubt very much that Secretary Warren would be on the nominating table because the governor of Massachusetts is a Republican and replacing her with a Republican senator probably wouldn't go really well with Senator Schumer," Toomey said during a Washington Post Live interview.

And even if Democrats win the pair of Georgia runoffs early next year, putting control of the Senate at 50-50 with Vice President-elect Kamala Harris as the tiebreaker, moderates could still ax liberal appointees.

"The Biden administration has to be a lot more sensitive of where you come from if you’re looking at members of Congress,” Rep. Gerry Connolly, D-Va., told Politico. “We cannot afford to put any seats in jeopardy.”

Since Fox News projected him the winner of the presidential election, Biden has been in touch with Senate Minority Leader Chuck Schumer, D-N.Y. But Schumer told reporters on Tuesday the president-elect has "not consulted me" about the possibility of Democratic caucus members joining the Biden-Harris administration.

The election last week also shrunk Democrats' control in the House by at least six seats so far, making it the thinnest majority in nearly two decades. While Biden could tap lawmakers from reliably blue states, those seats could remain empty for some time, further hurting Speaker Nancy Pelosi's ability to pass legislation.

"That’s not gonna happen. That’s the political reality and most people are going to see that,” Rep. Emanuel Cleaver, D-Mo., told Politico. “That would be a dumb decision to put somebody from a seat that we turn around and lose in a special election. We don’t have a lot of seats in the House and the Senate to spare."