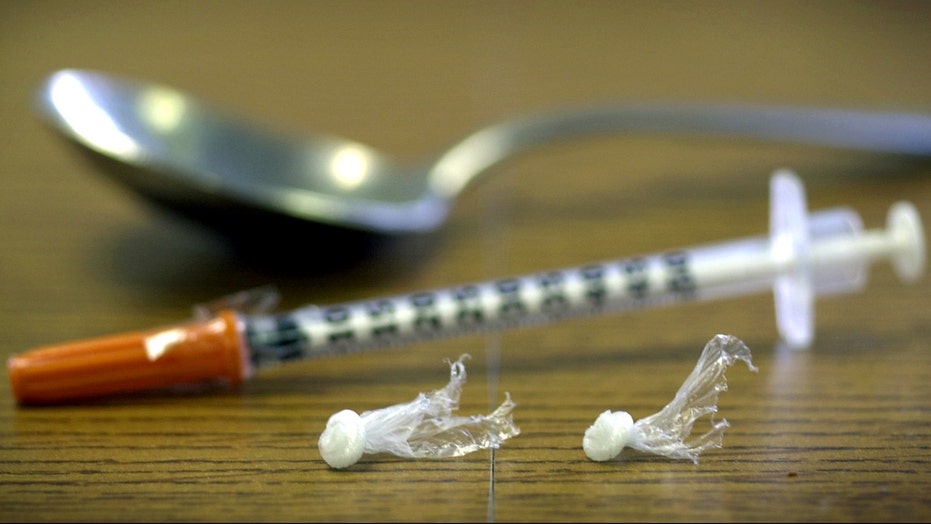 This presidential primary the issue of addiction is popping up in townhalls and diners as candidates campaign in the First-in-the-nation primary state.

America's heroin crisis has risen to levels that are demanding attention on the 2016 campaign trail as candidates from both sides of the aisle call for action, particularly in the first-in-the-nation primary state of New Hampshire where heroin overdoses have soared.

In town hall forums and diners, the candidates repeatedly are confronting the issue, even putting out campaign platforms on addiction. Even as the Paris terror attacks bring national security and foreign policy back to the forefront of the campaign, heroin addiction remains one of the biggest domestic issues in the vital New England primary state.

Democratic front-runner Hillary Clinton admits the focus took her by surprise. "I never expected that substance abuse and mental health would be major issues in my campaign until I came to Keene on my very first trip," she said, speaking at the New Hampshire Democratic Party Convention earlier this fall. "And then I started listening."

Heroin addiction has affected New Hampshire in profound ways. On average, one person dies every day from a drug-related overdose in the state. The epidemic is growing at a staggering rate -- heroin-related emergency visits have increased by 76 percent this year.

Nationally, heroin use among young adults has more than doubled in the past decade. The CDC reports that heroin overdose deaths increased by 286 percent from 2002 to 2013. Presidential candidates have heard intimate stories from families who have been torn apart by drug addiction, and they are responding in kind.

Former Florida Gov. Jeb Bush opened up about his own daughter's struggle.

"I've had the personal experience of dealing with the challenges of drug addiction and it wasn't easy," Bush said at a substance abuse roundtable in Manchester, N.H., in October. He echoed voters' concern, saying: "When people are addicted to painkillers and then resort to a lower-cost alternative and then die? I mean, there should be a little more outrage about what's going on."

Voters remain vigilant as they seek to raise candidates' awareness, fighting to take away the stigma associated with drug addiction.

'There should be a little more outrage about what's going on.'

New Jersey Gov. Chris Christie has made advocacy and awareness his pledge. "I'm going to be the kind of president who is going to talk about this. Because I want to remove the stigma," he said at a recent town hall in Cedar Rapids, Iowa.

Christie's call for compassion and action was featured in a web video published by the Huffington Post that went viral, receiving over 8 million views. The issue hits close to home for the governor. "I've dealt with this personally with people in my life," he said at a substance abuse roundtable in New Hampshire earlier this month. "We have no tolerance for the dealing and the violence and all the rest ... [but] for those of you who become addicted we're going to do the best we can to get you treatment."

The issue is building common ground between parties as candidates search for solutions. Both Republicans and Democrats are calling for changes that would provide more treatment resources to communities. "I am glad that Republicans are acknowledging this issue and hope that we can work together to go forward," Vermont Sen. Bernie Sanders told Fox News.

Sanders has been an outspoken advocate on the matter, telling voters at a local high school, "You're not going to be hanging out on street corners doing drugs." The Vermont senator is calling for criminal justice reform, arguing that treating addicts instead of incarcerating them is both ethical and economically sound. "You are not only going to save human lives by the thousands, you also save taxpayers' money," he said.

Candidates suggest they're not stumbling into the issue as a talking point but truly want to understand.

"I am not here as a candidate. I'm here to listen and learn," Bush told a gathering of first responders, law enforcement, and health care providers at a substance abuse roundtable in Manchester, N.H.

Similar roundtable discussions with advocates and activists are a priority on many presidential candidate itineraries. Clinton hosted a town hall entirely focused on substance abuse where she heard heartbreaking testimony from families and loved ones who felt powerless against the epidemic that has infested their community. Christie visited a treatment center where he met with recovering addicts who shared their stories.

The issue allows candidates to move past stump speeches and connect with voters in an intimate way. Christie spoke frankly at the town hall in Cedar Rapids, Iowa. "I'm sure there is no one in this room that has not made a decision in their life that they wouldn't want to take back," he said. "I'm just lucky that decision didn't involve drugs. Because I could very well be an addict."

The epidemic has gone beyond the Granite State. Maine Gov. Paul LePage has been on the frontlines combating the issue in his state, where the crisis has grown so large he has threatened to call the National Guard for assistance if lawmakers there don't step up and approve more agents.