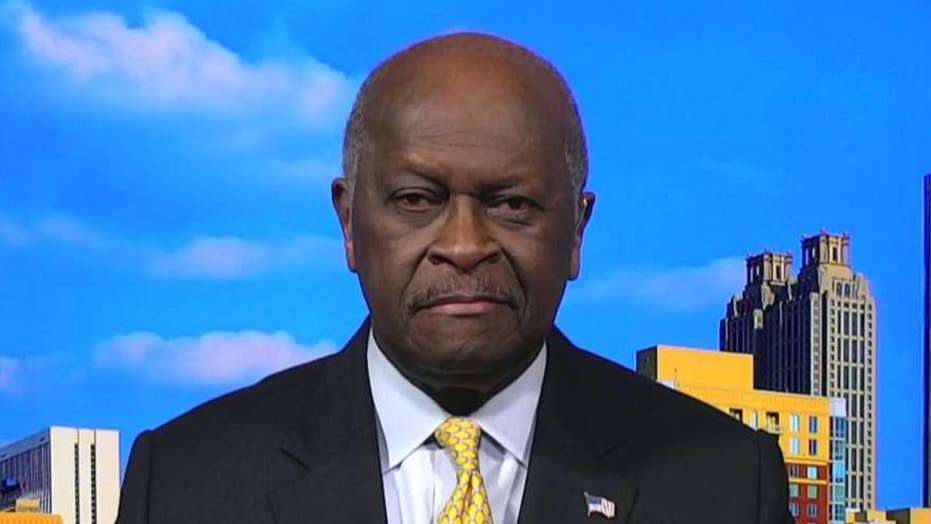 Herman Cain: Sexual harassment claims against me are recycled defamation

Herman Cain responds to sexual harassment allegations in the wake of his potential Federal Reserve board nomination.

Herman Cain is out of the running for a seat on the Federal Reserve's board.

Amid renewed focus on sexual harassment allegations and the loss of key GOP support for Cain, President Trump tweeted Monday that he’s asked not to be nominated.

CAIN HITS BACK AT CRITICS

“My friend Herman Cain, a truly wonderful man, has asked me not to nominate him for a seat on the Federal Reserve Board. I will respect his wishes. Herman is a great American who truly loves our Country!” Trump said.


Cain, the former CEO of Godfather's Pizza and 2012 Republican presidential candidate, said just days ago on Fox Business Network that he had no plans to withdraw from consideration. He said that several GOP senators expressing reservations about him “have never met me … and I doubt if they know anything about my background.”

But the loss of that GOP support all but doomed his would-be bid. North Dakota Republican Sen. Kevin Cramer earlier this month joined GOP Sens. Lisa Murkowski, Cory Gardner, and Mitt Romney in opposing Cain for the seat.

Trump is also nominating conservative ally Stephen Moore for a separate vacancy on the Fed's seven-member board. Republicans and Democrats in turn raised questions about whether the elevation of both men, two political allies of Trump, would raise concerns about the political independence of the Fed. And the allegations of sexual harassment and infidelity that hurt Cain’s 2012 bid resurfaced for him after Trump initially said he intended to nominate Cain for the Fed board.

Since last fall, Trump has repeatedly criticized his handpicked chairman, Jerome Powell, and other Fed officials for raising interest rates four times last year. Those rate hikes hurt the stock market and were unnecessary because there was no inflation threat, Trump said.