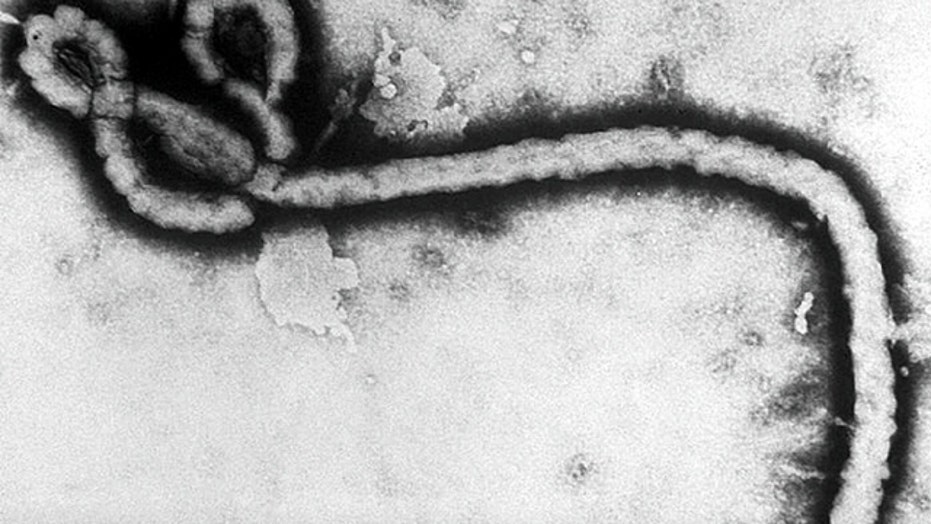 I was on the air Sunday morning when I had to toss to a CDC news conference at which the agency sounded fairly clueless about how a Dallas health care worker had contracted Ebola.

It was troubling, to say the least, to hear director Tom Frieden talk dispassionately about a “breach in protocol” when the Centers for Disease Control could not say how the worker had gotten the virus, and therefore how other employees treating Ebola patients could possibly feel safe.

But what’s equally worrisome is that the media debate is subtly shifting from how to stop the spread of this terrible disease to that familiar Beltway staple, the blame game.

While the Obama administration must be held accountable for its handling or mishandling of the outbreak, the move toward finger-pointing isn’t going to protect anyone from Ebola.

Both sides are doing it. Here’s MSNBC host Joy Reid, with a whack at Rick Perry’s Texas: “To the anti-government wingers in my thread: so far, the only 'spread of Ebola' in the U.S. was caused by a private hospital in a red state.”

And CNN commentator Paul Begala: “Bush spent the equivalent of the entire NIH budget every month in Iraq while NIH budget flat-lined. Iraq was no threat. Ebola is. Cancer is.” So it must be George Bush’s fault.

In a column for Fox, Dr. Keith Ablow went so far as to suggest that Obama welcomes the spread of Ebola: “I believe the president may literally believe we should suffer along with less fortunate nations. And if he does, that is a very dangerous psychological stance from which to confront Ebola.” That’s a very dangerous accusation to make without proof.

There was fresh fodder yesterday when a senior policymaker sounded off to the Huffington Post about inadequate funding.

“One of the country's top health officials says a vaccine likely would have already been discovered were it not for budget cuts.

“Dr. Francis Collins, the head of the National Institutes of Health, said that a decade of stagnant spending has ‘slowed down’ research on all items, including vaccinations for infectious diseases. As a result, he said, the international community has been left playing catch-up on a potentially avoidable humanitarian catastrophe.”

Here’s the killer quote from Collins: "NIH has been working on Ebola vaccines since 2001. It's not like we suddenly woke up and thought, 'Oh my gosh, we should have something ready here.’ Frankly, if we had not gone through our 10-year slide in research support, we probably would have had a vaccine in time for this that would've gone through clinical trials and would have been ready."

First of all, Collins can’t know that a vaccine would have been developed. Indeed, he says elsewhere in the piece that “sometimes vaccines not only don’t work, they make things worse.”

Second, the NIH’s budget wasn’t “cut” in the sense that ordinary people use the verb. It has increased slightly, from $28 billion to $29.3 billion, since 2004, though that means the agency has lost ground to inflation.

The story by Sam Stein was largely straightforward, but it did note this: “Several Democratic lawmakers have in fact introduced legislation that would increase NIH funds to $46.2 billion in 2021. But there is no indication that such a bill will move forward any time soon.”

Bureaucrats whining about lack of funding is nothing new. But it hardly strikes the right tone in the middle of a crisis. Plus, did President Obama greatly boost NIH’s budget during the two years that the Democrats controlled Congress?

This is wildly out of context, as the GOPers in question may well be talking in general about less taxpayer spending in general, or totally unrelated programs, as opposed to anything involving medical research or even Ebola. But the action fund’s approach to public discourse is conveyed by this quote from its president, Erica Payne: “Like rabid dogs in a butcher shop, Republicans have indiscriminately shredded everything in their path, including critical programs that could have dealt with the Ebola crisis before it reached our country.”

This prompted a stinging retort from Red State’s Erick Erickson, a Fox News contributor, with a provocative headline about “Fat Lesbians.”

Erickson, who mistakenly described the spot (as did some others) as a Democratic commercial, said it “reeks of desperation. At a time when more and more Americans, including millennials, are concluding government just doesn’t work, it probably won’t be effective. And Republicans can respond in kind.

“For example, instead of studying Ebola, the National Institutes of Health were studying the propensity of lesbians to be fat.

“Then there was the money for a study on wives who calm down quickly.

“And the Centers for Disease Control spent its budget on gun violence studies on order of the President as part of his agenda to curtail the Second Amendment.”

The argument is going mainstream. The Democratic Congressional Campaign Committee has also posted a web ad, accusing Republicans of voting to cut the CDC’s budget to fight Ebola.

So now that we’re in slugfest mode, we have this Washington Times column by Joseph Curl, noting that Barack Obama was preparing for his 200th golf outing as president on Sunday:

“The president rushed back into the White House to talk — by phone, mind you — with Secretary of Health and Human Services Sylvia Burwell. Even though news reports about a second diagnosed case of Ebola in the U.S. — the first actually to spread here — had hit the wires very early Sunday morning, the president was, hours and hours later, getting an update ‘on the response to the diagnosis.’

“In answer to an emailed question, Mr. McCumber, the pool reporter, said: ‘We were loaded for trip to golf course, then unloaded, apparently because POTUS wanted to discuss Ebola situation with Sec. Burwell. After his phone convo we were loaded again.’

“But that’s not really why. Mr. Obama rushed back into the White House for two reasons: First, it might look kinda bad for the president to have that important conversation in his limo on the way to the golf course; and two, what’s the point of doing something presidential if the press can’t post photos of it!?”

Obama committed a terrible blunder by golfing shortly after making a statement about ISIS beheading journalist James Foley. But in general, I think critics make too much of the fact that he’s played the game about 30 times a year. Would the fight against Ebola be any more advanced if he’d canceled his outing on Sunday?

My sense is that everyone is frustrated by the Ebola outbreak. Journalists keep interviewing doctors, experts and officials, and no one, of course, has an easy answer. So the media revert to their default setting: Who can we blame?

As the NIH’s Collins said that interview, "More people will die today of AIDS than have died so far in the entire Ebola epidemic." Not to mention the flu, which kills tens of thousands each year. So let's keep a little perspective as we cover this deadly disease.