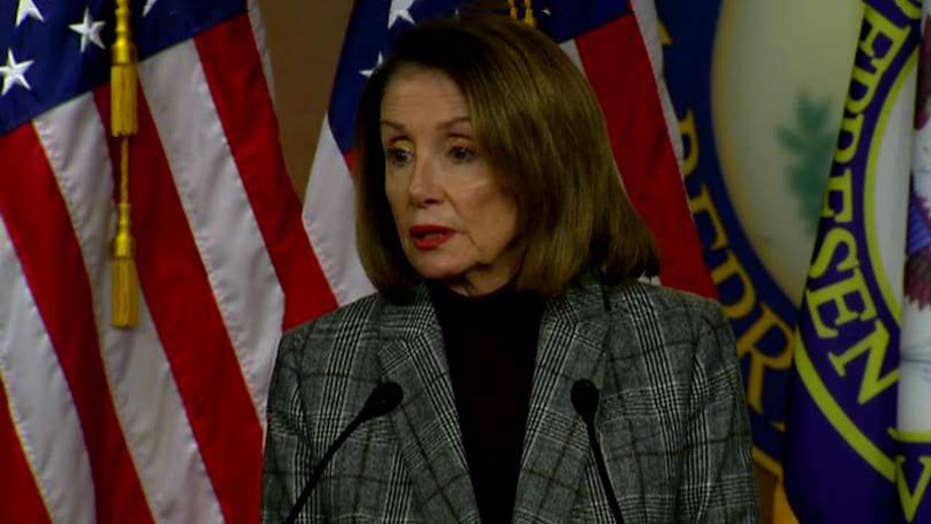 Liberal protesters fed up with House Speaker Nancy Pelosi’s reluctance when it comes to impeaching President Trump disrupted a “Heart of the Resistance” dinner where the California Democrat was receiving a lifetime achievement award, claiming Pelosi does not deserve such an accolade unless she pushes for removing the president.

“If Speaker Pelosi does not lead on impeachment, she won’t leave a legacy of resistance like many other San Francisco Democrats,” CREDO Action campaign manager Nicole Regalado said while leading a crowd of demonstrators outside the hotel. “She will leave a legacy of failure by not fighting against one of the biggest threats to our families and communities.”

The crowd then chanted, “Nancy Pelosi do your job,” and other rallying cries.

Some of the demonstrators, including the group’s campaign manager Thaís Marques, managed to get into the event, which was held by San Francisco Democrats.

"Speaker Pelosi, I am undocumented. My community is being targeted by ICE and killed by white supremacists. Fight for my community and impeach Trump NOW. We can't wait. Impeach Trump,” Marques said, according to the organization. Protesters held signs bearing the slogans “We can’t wait” and “Time to impeach.”

Pelosi spoke over the protesters, who were soon escorted off the premises by San Francisco police. The speaker's office did not immediately respond to a request for comment from Fox News.

Afterward, Marques expressed her disappointment for how the evening unfolded, and for how she believes Democrats have been all talk when it comes to impeaching Trump.

“I expected her, and the other attendees, to at least hear me out, but I literally screamed into a void of privilege, complacency and denial,” she said. “Pelosi's refusal to hear me speaks volumes about the limits of today's Democratic Party, which congratulates itself on hating Trump but is unwilling to act to rein him in.”