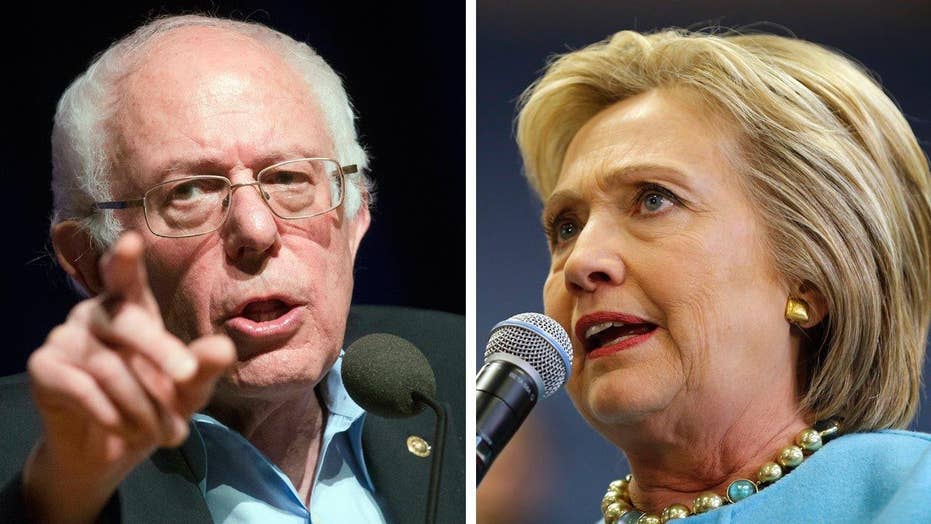 How will New Hampshire primary affect this?

They say 70 is the new 50 – but the fact that three of the top White House candidates would tie or break the record for oldest president-elect in American history could make health and age a campaign issue for them this year.

It’s an uncomfortable topic, and one that trailed then-71-year-old John McCain when he ran against the youthful Barack Obama, then 47, in 2008.

The generation gap could be even wider this year, though, as Gen Xers like Ted Cruz, 45, and Marco Rubio, 44, compete against Donald Trump, 69, on the Republican side – and Bernie Sanders, 74, battles Hillary Clinton, 68, on the Democratic side.

If one of the Democrats faces off against a much younger Republican, the dynamics from 2008 could repeat themselves – only with the parties reversed.

“The younger candidate will make the argument that they are ‘the change candidate,’” said Sean Evans, assistant professor and chairman of the political science department at Union University in Tennessee. “People will start looking at this in a different way, much like they looked at Obama and John McCain.”

Critics thought Ronald Reagan, the oldest candidate to be elected president at age 69, was too old when he ran for re-election in 1984. He ultimately was able to deflect that suggestion -- and win -- with debate quips like, “I will not make age an issue … I am not going to exploit for political purposes my opponent's youth and inexperience," referring to Democratic opponent, Walter Mondale, then 56.

If elected, Sanders would make history as the oldest president to take office. So would Trump. Clinton would tie Reagan.

Even 63-year-old Ohio Gov. John Kasich made an age crack about Sanders during his New Hampshire primary night rally.

“Bernie talked so long, I thought he was going to hit his 77th birthday,” Kasich joked.

Sanders also has faced pressure on his health from the Clinton camp – with ally David Brock reportedly planning last month to call on him to release his medical records, before the senator preemptively did so. (Brock later said in a Bloomberg interview he was prepared to bring up the issue, but chose not to.)

No doubt the older contenders are girding for the age question. Not just Sanders but Clinton and Trump have all released health records and doctor’s notes to affirm their individual fitness for the job.

Clinton has been dogged with questions about a concussion she sustained while secretary of state in 2012. In a letter released to press in July, Clinton’s physician, Dr. Lisa Bardack, said at the time the former secretary had a stomach virus, became dehydrated, “fainted and sustained a concussion.” She was diagnosed with “transverse sinus thrombosis” and took blood thinners to dissolve the blood clot, which was completely cleared up by 2013.

Today, Clinton takes a blood thinner, thyroid medication, antihistamines and vitamins, lives healthy, gets regular check-ups, and “is in excellent physical condition and fit to serve as President of the United States,” her doctor’s note says.

Trump’s doctor’s note read much like his own lofty declarations on the campaign trail. “If elected, Mr. Trump, I can state unequivocally, will be the healthiest individual ever elected to the presidency,” wrote Trump doctor Dr. Harold N. Bornstein.

In 2008, a Gallup Poll revealed that 23 percent of voters felt McCain’s age would make him less effective as a president.

But appearance is everything. An older candidate with a spring in their step and the ability to come through a series of grueling campaign schedules week after week won’t trip the health alarms the way others might, experts say.

It would be hard to call Sanders “low energy” – a label Trump often uses to dismiss the much younger Jeb Bush.

“A lot depends not on chronological age but how you appear and what people perceive your health to be,” said Mark Jones, political science professor at Rice University in Texas.

“The place [age] really affects is the issue of stamina. It’s a lot easier to barnstorm across the states when you are in your 40’s than when you are in your late 60’s. It requires a combination of drive but also stamina and the advantage Cruz and Rubio would have is being approximately 20 years their junior,” said Jones.

The final “crush” of the campaign after Labor Day will put candidates “through the ringer” after which they are expected to appear on TV fresh faced and ready for action. One inkling of bad health could raise the issue at an awkward time, Jones added.

But how young is too young? “You want your president to be older and experienced in order to get things done,” said Evans. “Since Rubio looks younger than his actual years might work against him.”

Clinton could endure more scrutiny than the others over her age and health because she is a woman, said Terry Madonna, director of the Franklin & Marshall Poll in Pennsylvania. “Which is silly because Sanders is older than she is and women live longer than men.”

Age overall isn’t a strong argument against any of them, Madonna said. “We’re living longer and we are healthier and we have better health care,” he said. “Health itself can be an issue, but it shouldn’t be related to age in a way that suggests it would impair your ability to be president.”