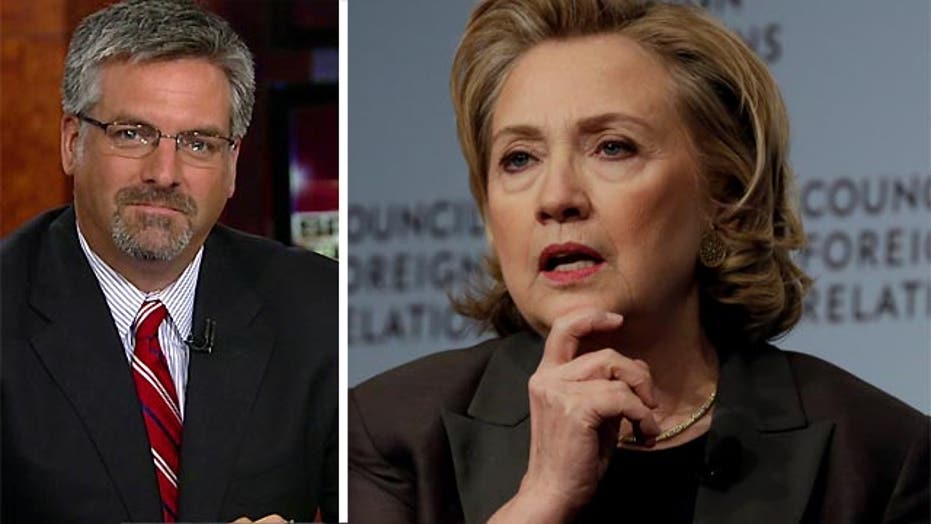 Steve Hayes said Tuesday on “Special Report with Bret Baier” that Hillary Clinton won't face any repercussions for her "absurd" criticism of the Supreme Court's ruling in the Hobby Lobby case.

Clinton, who was on her book tour promoting her memoir "Hard Choices," argued the Hobby Lobby decision was a setback for women's rights in general. The Supreme Court ruled Monday that certain "closely held" for-profit businesses, such as Hobby Lobby, can cite religious objections in order to opt out of a requirement in ObamaCare to provide free contraceptive coverage for their employees.

Hayes, a columnist for the Weekly Standard, said that arguments like the ones Clinton made are ridiculous, but won't be corrected by the liberal media.

"Absurd statements like that are unlikely to go corrected," he said. "You're not going to have front-page-above-the-fold correct-the-record stories in the New York Times about Hillary Clinton saying preposterous things."

Hayes added that he believes the Democrats will create political ads that will distort the truth about the decision.