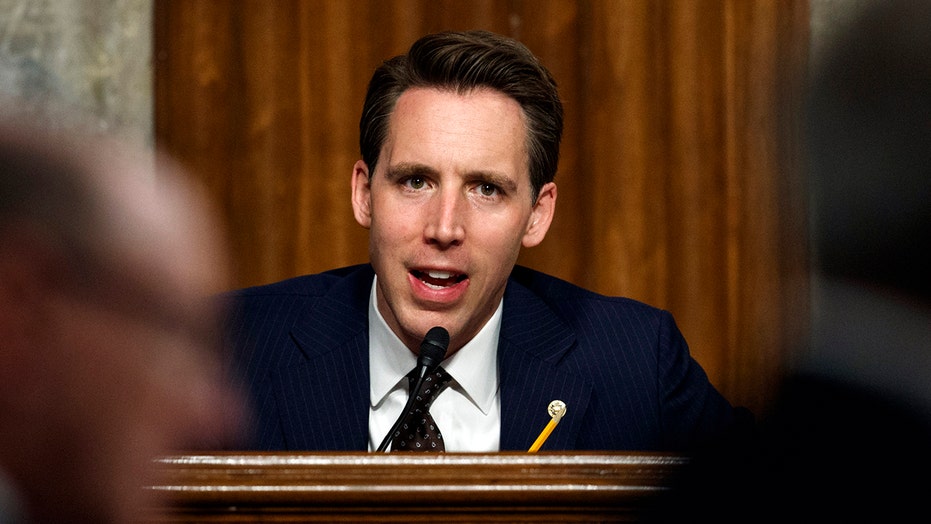 Missouri Republican Sen. Josh Hawley is seeking to rein in the country’s largest meat-processing companies, branding them as “oligopolistic” and blasting what he called a “supply chain problem” amid the coronavirus crisis.

“Ask any farmer or rancher & they’ll tell you,” Hawley tweeted Wednesday. “America doesn’t have food supply problem. We have supply chain problem caused by consolidation of packing/processing in a few companies nationwide.”

The phrasing echoed a recent full-page advertisement Tyson Foods ran in The New York Times, in which the company said that “the food supply chain is vulnerable” amid plant closures taken as a precaution aimed at slowing the spread of COVID-19.

Hawley and Wisconsin Democratic Sen. Tammy Baldwin teamed up to ask the Federal Trade Commission (FTC) to open an antitrust investigation into the meatpacking industry Wednesday, arguing that it is “dominated by just a handful of large, multinational firms that have concentrated meat processing into fewer and fewer facilities, leaving America’s food supply chain vulnerable to disruptions,” according to the senator’s office.

In their letter to the FTC, the senators noted the impact of food plant closures related to the COVID-19 outbreak: Three shuttered pork plants resulted in a drop of 15 percent of the country’s pork production.

"As a result, farmers cannot process their livestock -- which are costly to maintain -- and consumers risk seeing shortages at grocery stores, exacerbating the food insecurity that all too many Americans are currently experiencing,” the senators wrote. “These harms might have been mitigated if the meatpacking industry was less concentrated.”

The closures have prompted farmers around the country to slaughter piglets, give sows abortions and euthanize other livestock, Reuters reported Tuesday.

“We have nowhere to go with the pigs,” Iowa farmer Al Van Beek told the outlet. “What are we going to do?”

In Minnesota, at least one local hog farmer is trying to sell his livestock on social media, according to Fox 9.

Brad Kluver, of Northfield, Minn., told the station that instead of having an empty barn per usual this time of year, he has 1,200 pigs that he couldn’t unload to the local processing plant because of a coronavirus-related closure.

He said he appealed to the community on social media and had more than 400 customers buy pork directly as a result.

Still, without plants to process the livestock, experts around the country said they expected farmers to euthanize hundreds of thousands of animals over the next few weeks.

Hawley and Baldwin, however, argued that they are looking for a solution to potential future problems, as well.

“The current COVID-19 crisis has exposed the vulnerabilities of American supply chains and the importance of ensuring that, when disaster strikes, America’s food supplies are not in the hands of a few, mostly foreign-based firms,” they wrote.