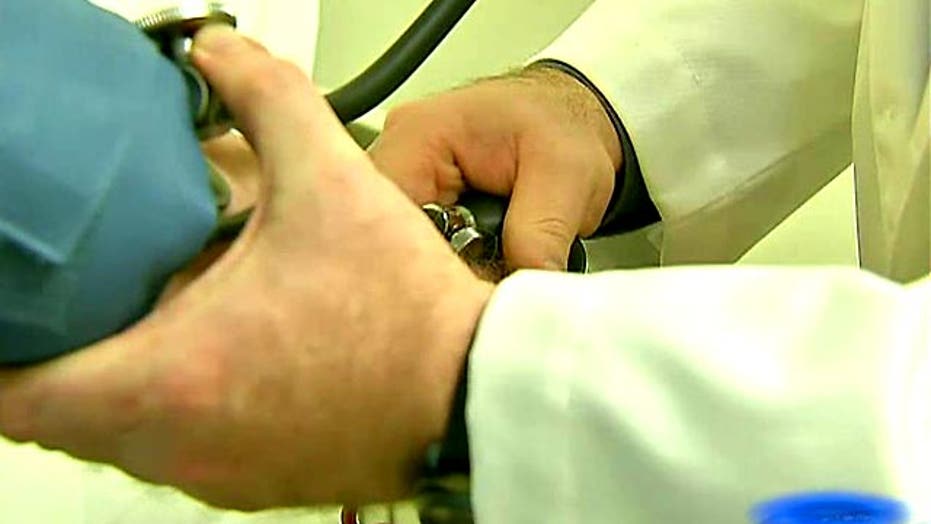 Taxpayers poured more than $205 million into Hawaii's ObamaCare insurance exchange, but a steady downward spiral has been its undoing

The federal Centers for Medicare and Medicaid Services has already restricted grant funds to the Hawaii Health Connector, after telling officials in March it was out of compliance with the Affordable Care Act because of fiscal instability and ongoing IT issues.

With state lawmakers also blocking additional funds, the system is struggling to stay afloat. The governor's office said it is doing what it can to salvage the situation, including approving $30 million to temporarily transition the local portal to the federal exchange, HealthCare.gov -- where residents could continue to enroll over the next year while problems with the local site are addressed.

Laurel Johnston, deputy chief of staff for Gov. David Ige, claimed the state will "negotiate the release of federal grant funds" and ensure compliance with the law.

Whether they will succeed remains to be seen. CMS still has to accept the governor's proposal -- and the exchange reportedly is making contingency plans in case the system has to shut down entirely.

The drama has only hardened critics' concerns that millions of taxpayer dollars are going to waste.

"The $200 million was a complete waste of tax dollars that could have been used for much more productive efforts," said Reg Baker, a well-known CPA in Hawaii who for many years was the chief financial officer for the health insurance plan, HMAA.

The news about the Hawaii Health Connector's troubles went national this week when Hawaii's largest daily, the Star Advertiser, broke a story based on a "leaked" draft of the state's report to CMS, which reportedly said the exchange prepared a contingency plan to shut down local operations and transition to federal government control by Sept. 30. The plan purportedly directed that no new enrollees would be accepted by the local exchange after the end of this week, outreach services would conclude May 31, and a 73-member workforce, including staff and consultants, would be laid off by Feb. 28.

The governor's office maintained that was just a draft report and said "recent news reports based on confidential working draft documents have misrepresented ongoing discussions between the federal government, the state administration and Hawaii Health Connector."

The Connector's executive director Jeff Kissel said the first priority "is to ensure the continuity of coverage for the 37,000 to 40,000 Hawaii residents who are receiving health insurance coverage through Hawaii Health Connector." If CMS does not accept the governor's plan, Hawaii also risks losing $1 billion in matching federal Medicaid funds, according to Ige's office.

Baker told FoxNews.com the state should just abandon plans to keep the local Connector open, and merge with the federal government website. "Piggy-backing on the federal system is the financially smart thing to do," he said.

While many of the state's Democrats praised the ObamaCare exchange when it launched in October 2013, it was riddled with trouble from the start. The web portal never worked properly despite the state spending $74 million on a contract with CGI to build and maintain it. The exchange experienced tremendous staff turnover, with three executive directors appointed in two years. Enrollment reached just over 8,500 in the first year, and as a result, Hawaii was ranked the most costly exchange in the nation at more than $$23,899 per person.

"Some folks might suggest that the Connector was 'successful' because of the 30,000 people who signed up, but those numbers are questionable since many already had insurance to begin with, were transferred to the Medicare system or are no longer enrolled, and signups are not as important as the number currently enrolled in the insurance plans offered on the Connector," Baker said, noting each enrollee cost the federal government about $6,666.66.

Millions of dollars went to the failed web portal developed by controversial Montreal-based company, CGI Federal, the same company that developed the botched federal web portal for HealthCare.gov under a $93.7 million contract, but was replaced in January 2014 after numerous enrollees had problems registering.

Besides the fact that Hawaii's web portal did not function properly since the site launched, because it didn't sync with the state Department of Human Services website offering Medicaid, the site had another major technical problem: the Connector's Small Business Health Options Program targeted at small business owners sent garbled data to insurers preventing them from signing up small businesses and their employees.

Hawaii is just the latest state that has struggled to sustain its ObamaCare exchange, at great cost to taxpayers, watchdog group Americans for Tax Reform notes.

Despite the government investing $4.5 billion into state-run exchanges, Oregon, Massachusetts, Maryland, Vermont, New Mexico and Nevada shut down their operations.

"One wonders where these tens of millions of dollars actually go," ATR President Grover Norquist said.

Baker said the system is failing "for the same reason most businesses fail -- the customers did not see the value of the product they were trying to sell."