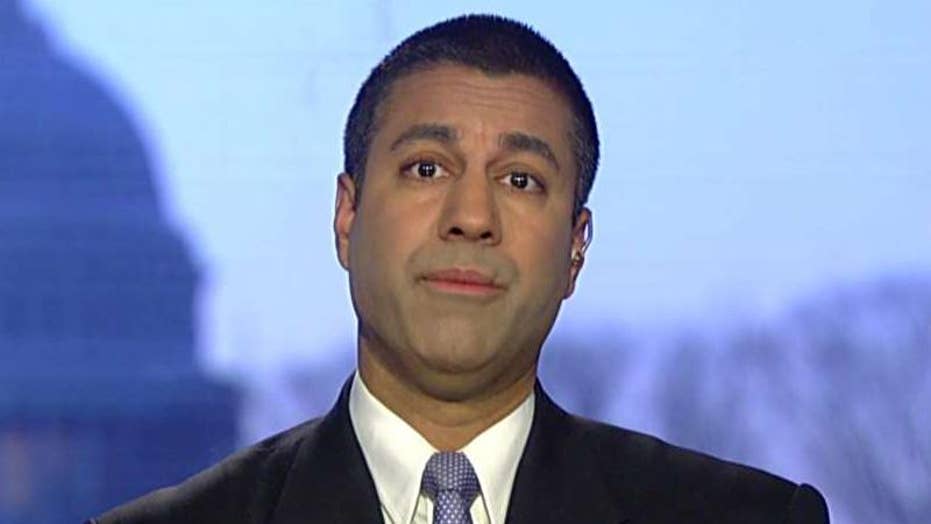 Chairman Ajit Pai speaks out on 'Fox & Friends' on what went wrong and what can be done to prevent future false alarms.

Saturday's errant ballistic-missile alert to cellphones, televisions and radio stations in Hawaii has officials in Washington planning to find out what went wrong.

“The @FCC is launching a full investigation into the false emergency alert that was sent to residents of Hawaii,” Pai tweeted later Saturday.

U.S. Sen. Brian Schatz, D-Hawaii, praised Pai's decision to address an error that sent many Hawaii residents into a panic for about 40 minutes.

"This system failed miserably and we need to start over," Schatz tweeted.

Local officials and the U.S. Pacific Command quickly recognized that the alert was a false alarm, but the system took about 40 minutes to send a corrective message to Hawaii residents, the Washington Examiner reported.

The FCC has regulated the nation's wireless emergency alert system since 2012. But critics have pointed out a number of perceived flaws, such as messages being delivered to too wide a swath rather than the people most affected by an emergency, Reuters reported.

In December, officials from Harris County, Texas, told members of the FCC about problems they experienced in directing alerts to people most affected by Hurricane Harvey, the New York Times reported.

In October, U.S. Sens. Kamala Harris and Dianne Feinstein, both D-Calif., wrote to Pai, saying that inefficient location-targeting had deprived some residents of receiving alerts, as wildfires raged across Northern California, the Times reported.

“These emergency services are caught in a bind between notifying individuals in imminent danger and risking mass panic,” the senators wrote.

Just last week Pai proposed that service providers “deliver these alerts to match the geographic area specified by the officials sending the alert with no more overshoot than one-tenth of a mile.”

The FCC plans to vote this month on a plan to improve the emergency alert system so it better targets the people most affected by a given situation.

Under such a proposed sytem, Pai said, Americans will “take more seriously the alerts they receive on their mobile devices.”