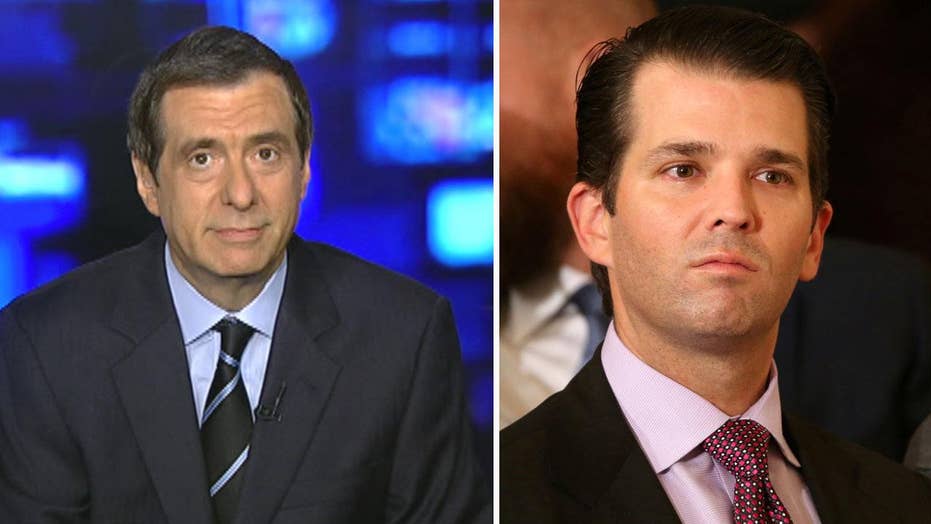 We have been through nearly a year of media reports about President Trump’s campaign and possible Russian collusion that have generally amounted to much smoke and little fire.

I’ve repeatedly said that while the press has found instances where officials have not been forthcoming—going back to the reason the president fired Mike Flynn—many journalists have shifted from collusion to coverup because there’s so little evidence of any wrongdoing related to Russia.

In fact, much of the war of words between Trump and the media revolves around his conviction that the whole collusion story is fake news and their refusal to accept that view.

But the latest New York Times story is in a different category.

And it reminds us that the best course for any administration under scrutiny is to get the information out quickly, even damaging information, and try to move on. The drip-drip-drip approach not only creates the appearance of hiding things, it stretches the story out for weeks or months.

The Times reported that “Donald Trump Jr. was promised damaging information about Hillary Clinton before agreeing to meet with a Kremlin-connected Russian lawyer during the 2016 campaign.” Paul Manafort and Jared Kushner also attended the June 2016 meeting with Russian lawyer, Natalia Veselnitskaya.

The piece, which updates a day earlier story, was based on “three advisers to the White House briefed on the meeting and two others with knowledge of it”—so it reflects the administration’s damage control.

And one problem is that Don Jr., in his first statement for the original story, said nothing about any oppo on Clinton. He said that “we primarily discussed a program about the adoption of Russian children.” (What this means is Moscow’s desire to end a U.S. law designed to punish officials responsible for the death of a Russian activist, which prompted Vladimir Putin to end the adoption program.)

But in the statement for the second Times story, Don Jr. said Veselnitskaya “stated that she had information that individuals connected to Russia were funding the Democratic National Committee and supporting Mrs. Clinton. Her statements were vague, ambiguous and made no sense. No details or supporting information was provided or even offered. It quickly became clear that she had no meaningful information.” It was then that the Russian lawyer turned to the “true agenda”—the adoption-related controversy—and he realized “that the claims of potentially helpful information were a pretext for the meeting.”

So the meeting was abruptly ended. And Trump Jr. made sure to add that his father knew nothing about it.

Forget any media analysis. The president’s son said he met with a Russian who had promised dirt on Hillary, but was taken in by a “pretext.” That, to put it politely, doesn’t look good. (Don Jr. sees no inconsistency in the accounts.)

Now campaign aides and surrogates often meet with questionable characters in search of oppo research. As Don Jr. tweeted sarcastically, “Obviously I'm the first person on a campaign to ever take a meeting to hear info about an opponent... went nowherebut had to listen.”

But it’s a different situation if they’re from Russia.

Kellyanne Conway, making the morning TV rounds, argued that the previously undisclosed meeting was a bust: “No information was received that was meaningful or helpful and no action was taken,” she said on “Good Morning America.” She also said Clinton ran such a lousy campaign that the Trump types didn’t have to look far for negative information.

It’s true that the meeting didn’t lead to anything. But it’s also true that Donald Trump Jr. was willing to take the meeting with a Russian lawyer in the hope that she had something hot. And if the White House had disclosed all such meetings months ago, they would no longer be news.