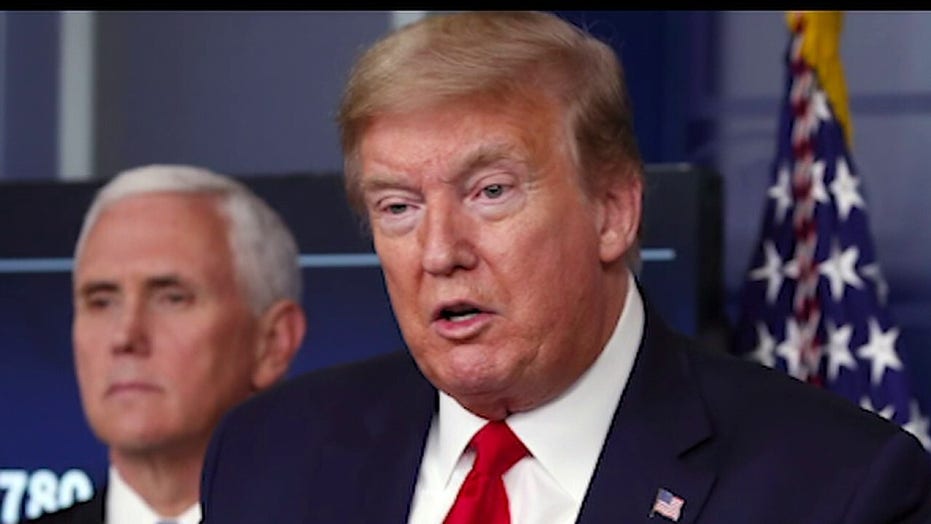 Harvard University rejected calls from President Trump on Tuesday to return coronavirus relief money to the federal government, maintaining that the funds from a higher education program under the CARES Act are being used to provide direct assistance to students facing financial turmoil due to the pandemic.

The president on Tuesday had accused Harvard of “taking” money from the government and claimed they'd be paying it back. This came amid scrutiny of the Paycheck Protection Program under the CARES Act, which is meant to help small businesses but has aided some large companies too.

But a Harvard spokesman noted that the nearly $9 million in taxpayer aid it claimed did not come from the PPP program but rather from the CARES Higher Education Emergency Relief Fund, which helped many universities and colleges.

“Harvard did not apply for, nor has it received any funds through the U.S. Small Business Administration’s Paycheck Protection Program for small businesses,” Harvard spokesman Jason Newton said in a statement late Tuesday. “Reports saying otherwise are inaccurate. President Trump is right that it would not have been appropriate for our institution to receive funds that were designated for struggling small businesses.”

Newton added that “like most colleges and universities, Harvard has been allocated funds as part of the CARES Act Higher Education Emergency Relief Fund.”

The fund includes $14 billion in aid for universities. The law allocated the funds to all colleges that participate in federal student aid programs, through a funding formula based on the number of students at an institution receiving federal financial aid through Pell Grants and on the overall institutional student enrollment, according to Harvard.

“Harvard has committed that 100 percent of these emergency higher education funds will be used to provide direct assistance to students facing urgent financial needs due to the COVID-19 pandemic,” Newton said.

He added: “This financial assistance will be on top of the support the University has already provided to students – including assistance with travel, providing direct aid for living expenses to those with need, and supporting students’ transition to online education.”

Harvard is not the only university that received this type of funding through the stimulus bill. According to The New York Times, the amount Harvard received was in line with other Ivy League schools, with Cornell and Columbia Universities receiving more, approximately $12.8 million each; Stanford receiving $7.3 million; and Yale University receiving $6.8 million.

Of the roughly 6,600 current undergraduate students at Harvard, 16 percent are Pell Grant recipients. Harvard also noted that in the 2018-2019 academic year alone, the university provided more than $200 million in scholarships for its undergraduates.

Overnight, the president fired back, tweeting: “Harvard should give back the money now. Their whole 'endowment' system should be looked at!”

As of June 2019, Harvard’s endowment was approximately $41 billion.

The back-and-forth began Tuesday evening when Trump, during the daily White House Coronavirus Task Force briefing, said Harvard was “going to pay back the money” and “shouldn’t be taking it.”

“I’m not going to mention any other names, but when I saw Harvard — they have one of the largest endowments anywhere in the country, maybe in the world. They’re going to pay back the money,” he said.

Harvard also came under fire last month for reportedly laying off its contract dining hall workers. But then, after coming under pressure, the school reportedly rehired the employees and other workers through the end of the semester.

The university, though, according to the Harvard Crimson, provided at least 30 days of paid leave with benefits to dining hall and custodial staff whose facilities had closed.

Meanwhile, the Senate passed a nearly $500 billion coronavirus “Phase 3.5” interim relief bill Tuesday that would replenish the Paycheck Protection Program, provide hospitals another $75 billion, and implement a nationwide virus testing program to facilitate the reopening of the economy.

The PPP, which helps businesses with under 500 employees obtain loans that can cover eight weeks of their payroll, benefits, rent and other expenses, was created as part of the $2.2 trillion CARES Act that passed last month. The program converts the small business loans to grants and would be fully forgiven if 75 percent of the loan is used to keep employees on the payroll.

The new deal, which came after days of delays driven by Democrats' demands, would provide more than $300 billion for the PPP, among other funding.

Fox News’ Blake Burman, Vandana Rambaran and Gregg Re contributed to this report.