Last March, President Biden announced the appointment of Vice President Kamala Harris to lead his administration’s efforts to address a surge of migrants at the U.S.-Mexico border.

Republicans were quick to jump on the decision and said Harris did not have the experience needed to successfully carry out the assignment. The criticism has continued for months. On Monday, Nikki Haley, the former U.N. ambassador, tweeted that the vice president should be fired from her role.

"She has failed to secure the border and has emboldened cartels. We need real leadership," Haley tweeted.

A report from the Associated Press released Monday night raised new concerns about the crisis unfolding at the border just over four months since Harris’ appointment.

The AP, citing a U.S. official with preliminary government numbers, reported that authorities in the U.S. likely picked up more unaccompanied minors at the border than ever before in July. The number of people who traveled in families also likely hit its second-highest number ever in the month. 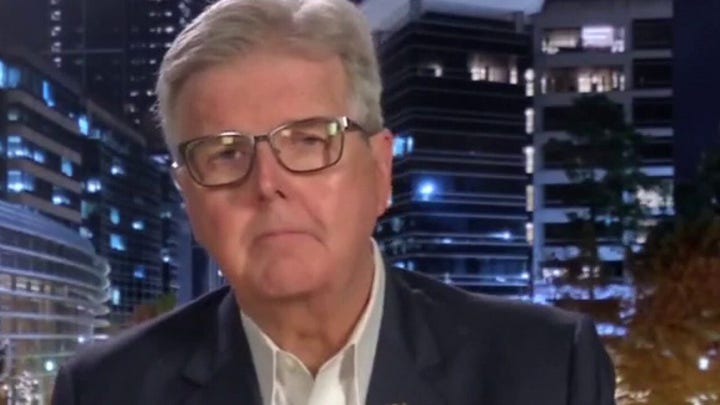 David Shahoulian, the assistant secretary for border and immigration policy at the Department of Homeland Security, told the AP that U.S. authorities likely picked up more than 19,000 unaccompanied children in the month and the number of people encountered in families is expected to be about 80,000—which was just short of the all-time high in May 2019 when there were 88,857.

Overall, U.S. authorities stopped migrants about 210,000 times at the border in July, up from 188,829 in June and the highest in more than 20 years. Shahoulian called the Rio Grande Valley and Del Rio sectors in south Texas the most active in the country. He said the Rio Grande Valley sector is the "epicenter of the current surge."

DHS and U.S. Customs and Border Protection did not immediately respond to an after-hours email from Fox News.

The AP said government disclosures came in a court filing hours after immigrant advocacy groups resumed a legal battle to end the government’s authority to expel families at the border on grounds it prevents the spread of the coronavirus. The final count for July border arrests isn’t expected for several days, but preliminary numbers are usually pretty close.

The border issue has been a tense topic in Washington. Democrats blame the Trump administration for the surge and Republicans accuse Harris of clear mismanagement. Her office did not immediately respond to an after-hours email from Fox News seeking comment.

Harris visited El Paso in June—nearly 100 days after being tapped for the role—and said the administration was "making extreme progress" when it came to the surge. The White House and Harris have insisted that her role is to get to the root cause of the issue and work with countries where many of these migrants are fleeing.

"And being in Guatemala, and being in Mexico talking with Mexico as a partner frankly on the issue, was about addressing the causes and coming to the border at the advice and invitation of [Rep. Veronica Escobar] is about looking at the effects of what we have seen happening in Central America," she said.

Sen. Ted Cruz, R-Texas, took to Twitter on Monday to criticized Biden and Harris for the continuing crisis.

"Hundreds of thousands of illegal aliens, thousands of pounds of dangerous drugs including fentanyl, and terrorists are flooding across the border due to Biden and Harris’ open borders. And what’s Joe Biden doing today? Speaking at a DNC fundraiser #BidenBorderCrisis," he tweeted.

"There’s clearly no interest at the White House level, including the Vice President, to fix this problem," he said.