US should be making sure the world knows we will stand for freedom anytime it's threatened: Nikki Haley

Former U.S. Ambassador to the U.N. Nikki Haley on the Biden administration's response to the Russia-Ukraine war.

FIRST ON FOX: Former U.N. Ambassador Nikki Haley on Thursday said that North Korea’s launch of an intercontinental ballistic missile shows that dictator Kim Jong Un "smells blood in the water" and is responding to "perceived weakness" from the Biden administration.

"It should surprise no one that Kim is testing ICBMs again," Haley said in a statement to Fox News Digital. "He smells blood in the water with America’s perceived weakness."

The North Korean regime tested what could be its largest ICBM toward the sea Thursday, the latest in a number of tests by the military, immediately raising tensions in the region.

(Haley was U.N. Ambassador when the U.S. rallied the U.N. to impose a raft of sanctions on North Korea. )

Japanese officials said the missile, which reached a maximum altitude of 3,728 miles, was possibly a new type of ICBM. Japan's coast guard, which warned vessels in nearby waters about the potential for falling objects, said it believed the missile flew about an hour before landing in waters outside the country's exclusive economic zone.

"The door has not closed on diplomacy, but Pyongyang must immediately cease its destabilizing actions," White House Press Secretary Jen Psaki said. "The United States will take all necessary measures to ensure the security of the American homeland and Republic of Korea and Japanese allies."

In its 2022 annual threat assessment, the U.S. intelligence community warned of North Korea’s "continued development of ICBMs" and its commitment to expanding the country’s nuclear weapons arsenal, as well as continuing ballistic missile research and development. 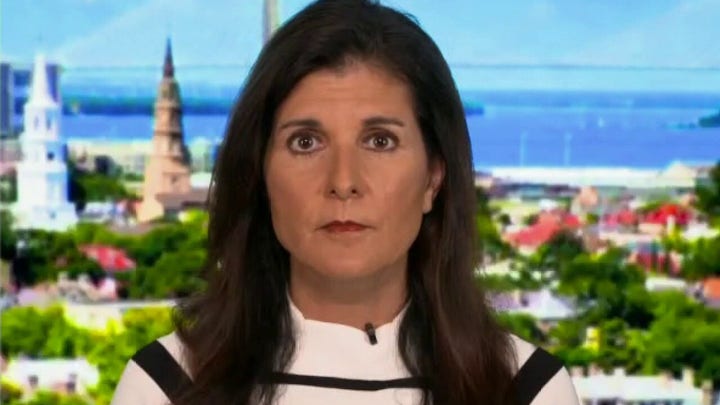 North Korea’s actions in January appeared to be moves in "laying the groundwork for an increase in tensions that could include ICBM or possibly a nuclear test this year — actions that Pyongyang has not taken since 2017," the intelligence community wrote.

Haley said the Biden administration must respond with the same strength seen under the Trump administration. During Haley’s time at the U.N., the U.S. successfully rallied the organization to ramp up sanctions on Pyongyang after the series of missile tests in 2017.

"At the U.N., we led and passed the strongest sanctions in a generation against North Korea and had the world with us," she said. "We need to show that same strength again to him now."