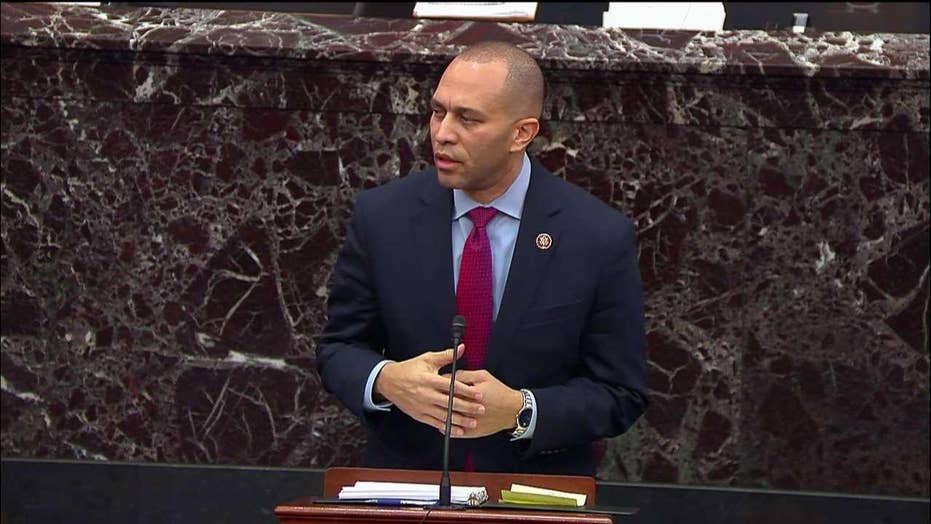 During a speech on the floor, Jeffries, one of the seven House managers for the trial, said he was approached by a man earlier who asked: "Have you heard the latest outrage?"

Unsure of what the man was talking about, Jeffries assumed he was referring to Trump.

"I thought to myself, 'Well, the president is now back in town'," he said of Trump's return to Washington after attending the World Economic Forum in Switzerland. "What has Donald Trump done now?"

The man responded: "Someone voted against Derek Jeter on his Hall of Fame ballot."

The quip drew laughter from members of both parties in the chamber.

"I understand as House manager I certainly we hope we can subpoena [former national security advisor] John Bolton, subpoena [acting White House chief of staff] Mick Mulvaney, but perhaps we can all agree to subpoena the Baseball Hall of Fame," Jeffries said.

Many have applauded Jeter's election into Cooperstown. The former shortstop was a 14-time All-Star, a five-time Gold Glove winner and won five World Series championships with the Bronx Bombers.

He received 99.7 percent of the vote, finishing one vote shy of a unanimous selection, prompting many sports fans to question how the lone dissenter could have left Jeter off their ballot.

In this 2011 photo, New York Yankees' Derek Jeter smiles as he speaks about his 3,000th career hit at a press conference after a baseball game against the Tampa Bay Rays, at Yankee Stadium. (AP Photo/Kathy Kmonicek)

Jeffries' joke came on the second day of opening arguments in the impeachment trial.

On Wednesday, Jeter told reporters he was grateful to be elected and wasn't focusing on who didn't vote for him.

“It takes a lot of people to all agree to get you to this point," he said. "So, I’m not thinking about that.”