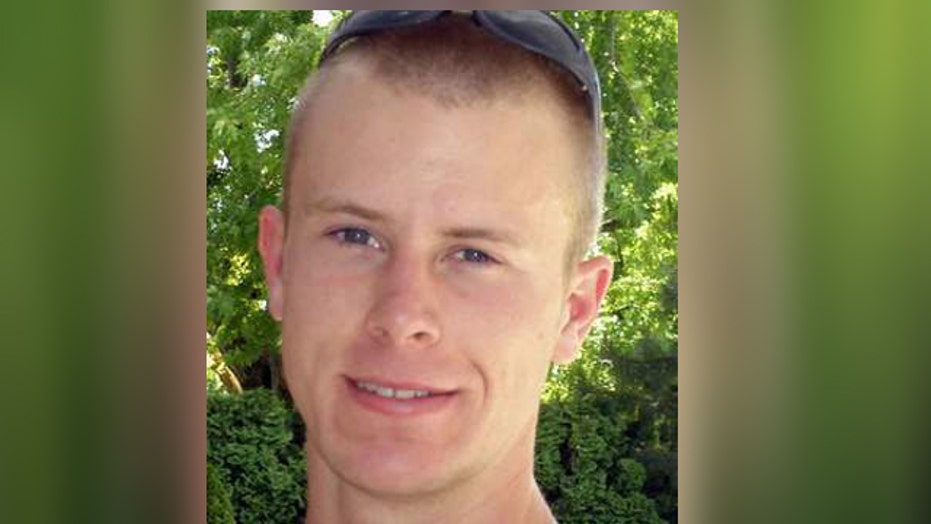 Defense Secretary Chuck Hagel arrived in Afghanistan Sunday, one day after the White House announced that it had secured the release of Sgt. Bowe Bergdahl, America's only prisoner of war in Afghanistan, and four days after President Obama announced a drawdown of U.S. forces that would leave fewer than 1,000 troops in the country by the end of 2016.

Hagel defended the Pentagon from criticism for not giving Congress a 30-day notice of the exchange of five detainees from the prison camp at Guantanamo Bay, Cuba for Bergdahl by saying that officials believed that the soldier's life was in danger.

"We believed that the information we had, the intelligence we had, was such that Sgt. Bergdahl's safety and health were both in jeopardy and in particular his health deteriorating," Hagel told reports en route to Bagram Air Field. "It was our judgement that if we could find an opening and move very quickly with that opening, that we needed to get him out of there essentially to save his life."

Members of the Taliban handed Bergdahl over to special operations forces in eastern Afghanistan Saturday. Later in the day, the freed detainees, whose transfer Hagel said he authorized, were flown from Guantanamo Bay to Qatar, whose government had acted as an intermediary in negotiations.

"Fortunately ...  no shots were fired. There was no violence," Hagel said. "It went as well as we not only expected and planned, but I think as well as it could have."

Bergdahl arrived at Landschtul Medical Center in Germany at 9.a.m local time Sunday to receive treatment, a senior U.S. official told Fox News.  He has not spoken with his parents yet, the official said.

"Trained and highly capable military health care providers will evaluate his condition, begin any necessary medical care and assist in his recovery process," the hospital said in a statement. "There is no pre-determined amount of time involved in the reintegration process. The Landstuhl staff is sensitive to what Sgt. Bergdahl has been through and will proceed with his reintegration at a pace with which he is comfortable. The full focus of the Landstuhl team is to provide necessary medical care and a safe environment for his recovery.

Hagel said the operation was backed by the unanimous consensus of the National Security Council, and added that the president has the authority to order such a release under Article 2 of the Constitution.

Only a handful of people knew about the operation and Hagel said "we couldn't afford any leaks anywhere, for obvious reasons."

Speaking to reporters traveling with him, Hagel said the special operations forces conducting the operation took every precaution, using intelligence gathering, surveillance, well-positioned security assets and a lot of helicopters to ensure that things did not go wrong.

Hagel said he was hopeful the prisoner exchange could lead to a breakthrough with the Taliban.

He said the focus of the operation was on the successful return of Bergdahl, but "maybe this could provide some possible new bridge for new negotiations."

The U.S. has long argued that the best way to a successful outcome in Afghanistan included reconciliation with the Taliban insurgents.

Asked if this type of swap might embolden other militants to take hostages, Hagel said that this operation was a prisoner exchange. And he said terrorist groups are already kidnapping young school girls, business people and other innocent people.

Hagel declined to say whether he believes Bergdahl was attempting to desert the Army or go absent without leave when he walked away from his unit and disappeared nearly five years ago.

"Our first priority is assuring his well-being and his health and getting him reunited with his family," Hagel said. "Other circumstances that may develop and questions -- those will be dealt with later."

He added that his own time in Vietnam and the fact that he knew people like Sen. John McCain of Arizona who was a prisoner of war, gives him a personal connection to such an exchange.

"This is a very happy day for the Bergdahl family," Hagel said. "It's a very important day for our troops and our country."

Hagel said he planned to talk to the Bergdahls soon, and will speak with the soldier at the appropriate time, so as not to interfere with his health care needs.

"I am particularly happy for the family. What they have had to endure, how they've endured it -- it's been remarkable. They have not been bitter. They have adjusted, they never lost hope and faith," Hagel said.