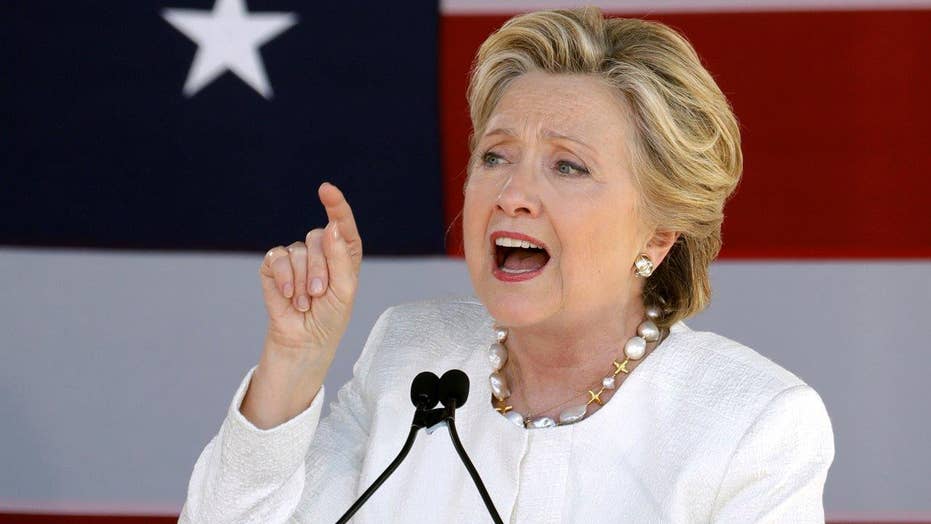 Maybe no revelations on new Clinton emails before election

FBI has multi-agency task force pouring through hundreds of thousands of Clinton emails looking for classified material and there may not be any big update on findings before the election. Fox News' Catherine Herridge reports for 'On the Record'

Emails from the files of Clinton's campaign chairman John Podesta show that the department official provided Clinton aides with the agency's official response to a New York Times reporter in advance of the newspaper's March 2015 report that Clinton had used a private email account to conduct all of her work-related business as secretary.

The stolen emails were released Wednesday by WikiLeaks, part of a massive trove of emails released by the document-leaking group on a daily basis since last month. WikiLeaks has indicated it intends to leak emails stolen from Podesta's account every day through the election.

In a March 1, 2015 email, State Department press aide Lauren Hickey told Clinton's team that then-State Department spokeswoman Jen Psaki had "just cleared" a reply to the Times. Hickey provided the agency's response to the Clinton aides and also appeared to agree to a change requested by the campaign, saying: "Yes on your point re records - done below." It is not clear what specific change was requested and made.

State Department spokesman John Kirby said Wednesday that the department would not comment on alleged leaked documents. But he said the department's effort to "provide accurate information to the media" about Clinton's tenure at the agency has "at times required communicating with her representatives to ensure accuracy."

The Clinton campaign has repeatedly warned that WikiLeaks has exploited emails stolen by hackers who may be working for the Russian government.

The Podesta emails follow a string of notable illicit caches released during the 2016 election campaign, including thousands of messages stolen from the Democratic National Committee and former Secretary of State Colin Powell. The FBI has opened a criminal investigation into the DNC thefts, but U.S. intelligence agencies are firmly pointing to the Russian government.

In a hacked email chain from March 17, 2015, Clinton's campaign advisers discussed how to respond to a request by a Times reporter for comment on an upcoming story about how top State Department aides used private email accounts to communicate with Clinton.

Clinton aide Philippe Reines wrote: "There's a lot to respond to here, but first and foremost the premise is wrong. There is nothing wrong with anyone having personal email addresses or her emailing someone's private account or vice versa. Maybe she was wishing (longtime aide) Jake (Sullivan) a happy birthday. Or I was sending her a note about her mom. ... We're allowed to have personal lives."

Campaign spokewoman Jennifer Palmieri wrote: "Strikes me as a big problem that the NYT is having selected emails leaked to them and I think we should do a call to discuss the proper way to handle."