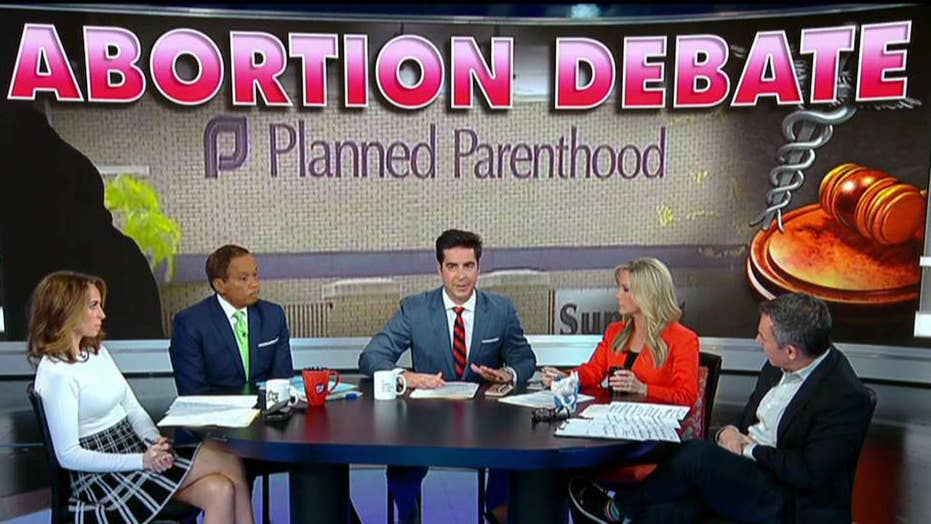 "The Five" co-host Greg Gutfeld responded to Democratic stances on abortion by accusing them of using politics to "dehumanize" babies.

Gutfeld said Democrats' logic — likening a fetus to a clump of cells — was political more than scientific. "It shows you how politics can dehumanize," he said.

"So, politics dictates human life now," he added, "which is kind of what it was before the Civil War," he said, in an apparent reference to the institution of slavery in the U.S.

His comments came after Christine Quinn, former speaker of the New York City Council, said on CNN that fetuses weren't human beings but rather part of women's bodies.

Gutfeld suggested that this was "a denial of science." "When someone's heart stops beating, the hospital staff or bystanders in a public place will do the best to revive the heart. ... When the heart is beating, you are alive," he said.

He went on to say that while Dems often paint Republicans as science deniers, "the most anti-science party is always going to be the left."

Abortion has become a prominent topic leading up to the 2020 elections as some Democrats push legislation to protect abortion access — stoking criticism from President Trump and anti-abortion groups.

Trump and Republican legislators have promoted initiatives restricting access to abortion. The administration, in particular, faced criticism and legal challenges over both its so-called "gag rule" and decision to beef up protections for doctors who have "conscience" objections to performing abortions.

Republicans have also pushed a variety of restrictions, including "heartbeat" legislation which would effectively bar abortions after a doctor can hear a heartbeat.

Debate over the issue reignited on Tuesday after Pennsylvania state Rep. Brian Sims, harassed pro-life activists standing outside a Planned Parenthood in Philadelphia. In response, pro-life leaders pledged to hold their own demonstration there on Friday and encouraged Sims to attend.