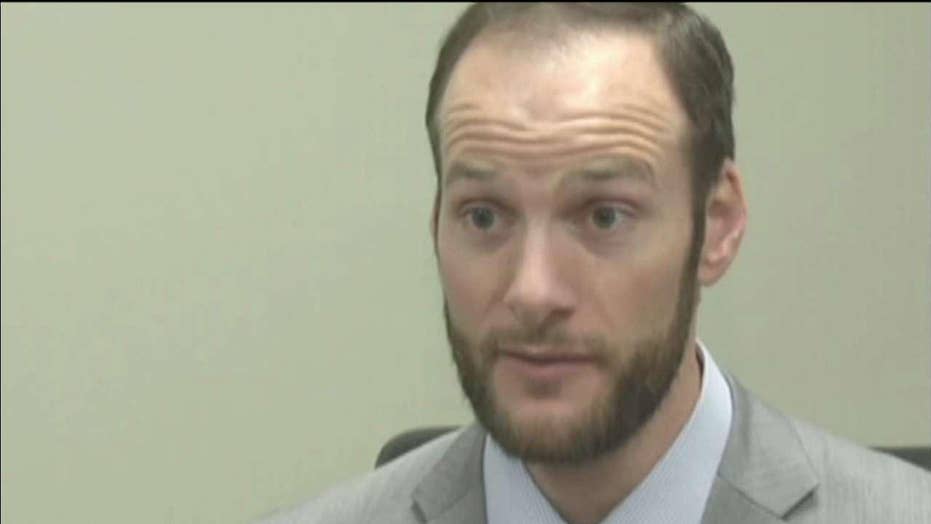 As a candidate, Chesa Boudin promised to undermine existing laws by not enforcing them.

Kimberly Guilfoyle, a senior adviser to President Trump's reelection campaign and former Fox News host, blasted the new San Francisco district attorney in an op-ed Sunday, calling a recent batch of firings "dangerous and disruptive" and "a grave disservice to victims and the community."

Chesa Boudin, who was elected last November, was raised by Bill Ayers and Bernardine Dohrn, notorious former leaders of the Weather Underground domestic terror group. His parents, also Weather Underground members, went to jail for their part as getaway drivers in a 1981 heist of $1.6 million from a Brinks truck by a group of radical black nationalists.

In his 20s, Boudin worked for the late socialist president of Venezuela, Hugo Chavez.

"As a former San Francisco assistant district attorney, I know this isn’t just a typical case of administrative shake-up," Guilfoyle said in the San Francisco Chronicle of Boudin's move to fire at least seven prosecutors from his office just days after taking office this month. "These firings weren’t based on any incompetency within the department; they were just a transparent effort to cripple the department’s prosecutorial ability. Boudin is advancing a radical ideology that’s focused on completely redesigning the city’s — and the nation’s — criminal justice system."

According to Guilfoyle, the attorneys he fired were in charge of major units within the DA's office, including homicide and gang crime.

"The institutional knowledge possessed by someone like Ana Gonzalez, who headed the city’s gang unit, is irreplaceable," she wrote. "Criminal organizations and their operations are often very complex, especially in a metropolitan area such as San Francisco. Without prosecutors who have a deep understanding of the various syndicates and the players within them, lawful prosecution of crimes becomes tremendously more difficult, allowing real criminals to walk free."

Boudin, at whose inauguration Supreme Court Justice Sonia Sotomayor appeared via video, ran on a platform of radical change including allowing "immigration-safe" plea deals to prevent the deportation of illegal immigrants, requiring prosecutors to write a "racial impact statement" in each case they pursue and ending policies that increase the sentences for crimes committed by gang members. He has also said he would not prosecute “quality-of-life” crimes, including public urination.

“I had to make difficult staffing decisions [Friday] in order to put in place a management team that will help me accomplish the work I committed to do for San Francisco," Boudin said of the changes, according to KQED.

The newly minted DA then brought on four new lawyers last week, according to the Chronicle.

In a book, Boudin said he “found inspiration in the commitment and the values of the people around me [while working for Chavez]. And so I stayed."

“From my computer in [one Chavez staffer's office] I took to signing my e-mails to friends and family ‘in the belly of the revolution.’”

"For criminals, actions should have consequences," Guilfoyle said, shifting to a pitch for her boss' reelection campaign. "That will also be true in 2020 at the ballot box when voters are provided a choice between protecting law and order or protecting criminals."