EXCLUSIVE: Voters in Florida, Michigan and Colorado are threatening to sue their states after an independent organization discovered that each has counties with unusually high voter registration rates -- in some cases, they found more registered voters than actual people eligible to vote.

The data was compiled by the Honest Elections Project, a new nonprofit organization that blames the seemingly implausible statistics on a failure of states to properly update voter rolls to account for people moving, dying or being incarcerated.

The group examined publicly available registration records and compared it with citizen voting-age data from the U.S. Census Bureau, describing the figures as "suspiciously high."

“All three states have multiple counties where voter registration rates exceed 90 percent, in some cases they exceed 100 percent. In the last election in 2018, the nationwide registration rate according to the U.S. Census Bureau was 66.9 percent. That disparity is a clear sign these states aren’t maintaining accurate voter rolls,” said Jason Snead, executive director of the Honest Elections Project. Snead was formerly a senior policy analyst at the conservative Heritage Foundation.

Fox News reached out to each state's secretary of state's office, but none immediately responded. 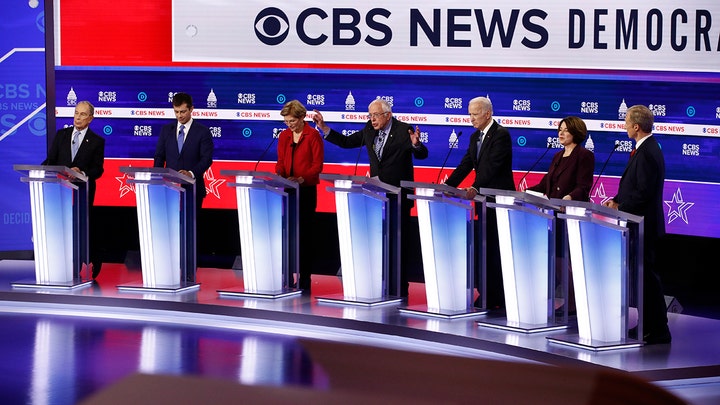 In the 2016 election, Hillary Clinton won Colorado by a relatively slim margin of 2.8 percent. President Trump won  Florida by 1.3 percent, and Michigan by just 0.4 percent.

The observations led voters in each state to warn their respective secretaries of state that keeping ineligible voters on the rolls leaves the states vulnerable to improper activity during November's election. That warning came in the form of letters sent on their behalf from attorney William Consovoy, who has represented Trump in a number of matters.

"Retaining voter rolls bloated with ineligible voters harms the electoral process, heightens the risk of electoral fraud, and undermines public confidence in elections," the letters said. Consovoy noted that the National Voter Registration Act requires states to keep accurate voter rolls, and provides for individuals to notify their states and then sue if action is not taken within 90 days, which the voters intend to do if necessary.

"We ask that you establish, if one has not already been initiated, a comprehensive and nondiscriminatory list maintenance program in compliance with federal law," the letters each say. They call for the states to remove from their lists of voters everyone who is ineligible because they moved, died, were incarcerated or other reasons.

The voters also request that the states inform them of what measures they are taking to make these adjustments in time for November's election.

The practice of removing names from voter rolls has led to intense controversy and legal battles in numerous states. A Wisconsin court recently put that state’s voter roll purge on hold, as opponents argued the effort targeted voters in Democratic areas in a bid to suppress turnout.

The American Civil Liberties Union says cleaning up voter rolls can be a responsible exercise but some states have used it as “a method of mass disenfranchisement, purging eligible voters from rolls for illegitimate reasons or based on inaccurate data, and often without adequate notice to the voters.”