A group led by one of the founders of Black Lives Matter has ties to a progressive pro-China organization that acts as a fiscal sponsor to the group, according to a new report by a conservative think tank.

Black Futures Lab, which says it “works with Black people to transform our communities, building Black political power and changing the way that power operates – locally, statewide and nationally,” is headed by Alicia Garza – one of the co-founders of Black Lives Matter.

But a new Heritage Foundation investigation has found that the Black Futures Lab's website says the group is a project of a pro-China group called the Chinese Progressive Association.

*Black Futures Lab is a fiscally sponsored project of the Chinese Progressive Association,” the “Donate” section of the website says. Clicking on the banner on the page takes the user to the CPA website.

The CPA was founded in 1972 and says it “educates, organizes and empowers the low-income and working-class immigrant Chinese community in San Francisco to build collective power with other oppressed communities to demand better living and working conditions and justice for all people.”

But the Heritage Foundation describes it as an organization that has long supported the communist government in Beijing.

“From its start, it has been a promoter of the People’s Republic of China,” the report says.

Neither Black Futures Lab nor the Chinese Progressive Association responded to requests for comment from Fox News. 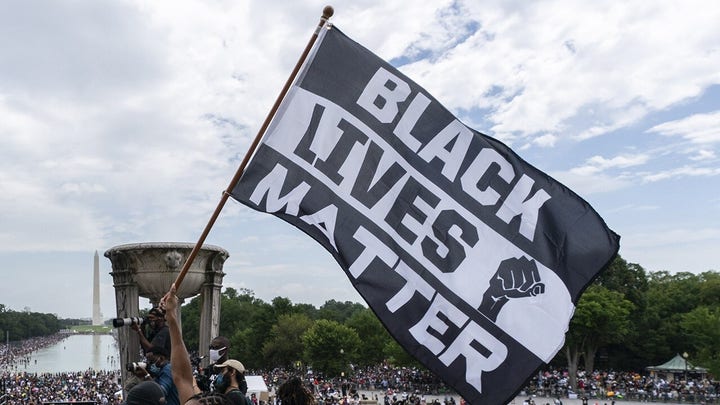 The Heritage investigation found that the Boston chapter teamed up with the Chinese consulate general in New York to offer Chinese nationals to renew passports  – picking up praise from Chinese state media – and has sponsored the Chinese flag flying over Boston’s City Hall to honor the Chinese Revolution.

The New York Times later challenged the Heritage Foundation’s report, reporting that the San Francisco and Boston groups were not linked, despite sharing the same name. The Times article also quoted officials from both groups denying that they are “pro-communist.”

The executive director of the San Francisco group called the Heritage report "a ridiculous disinformation effort."

The Heritage report’s author, Mike Gonzalez, later posted a lengthy rebuttal of the Times’ fact-check, claiming that the groups do in fact collaborate and that “both the Boston and San Francisco versions of the Chinese Progressive Association work at times to push the agenda of China’s communist government here in the United States, and that both chapters are praised regularly by China’s state-owned mouthpieces.”

The initial investigation also cited an essay by one of the Boston CPA’s co-founders, in which they called for a “revolutionary strategy” to achieve a “fundamentally different society." The report also found that the CPA picked up praise recently again from Chinese state media for taking part in Black Lives Matter protests in San Francisco.

“Communist China has put its vast propaganda apparatus to work in support of the mayhem that has wreaked havoc in American cities this year,” Gonzalez said in the report. “China is, after all, a rival of the United States, and would see weakening of U.S. society and the country in general as advantageous.”

“The involvement of an outfit as closely associated with the Chinese government in the funding of one of Garza’s ventures is something else entirely, however,” he says.