Phil Minissale and his siblings, who lost their mother to COVID-19, say New York Gov. Andrew Cuomo must be 'held accountable for what he did.'

A grieving trio of siblings who lost their mother to COVID-19 called out New York Gov. Andrew Cuomo as a "bully" Monday and demanded answers about his decision-making that led to the ongoing nursing home scandal.

Phil Minissale told "America Reports" that Cuomo must be "held accountable for what he did." He added that the Democrat "blames everybody else, but himself."

"That’s what a bully does and we’re just not happy with the whole situation," Minissale added.  "Every news conference comes on, we know it’s just a fabrication, and this has got to stop so we’re calling for an investigation."

Minissale said he is aware that the FBI and U.S. attorney’s office in Brooklyn have reportedly begun an investigation into how Cuomo’s administration handled the state’s nursing home crisis during the coronavirus pandemic, but is also calling for a nonpartisan investigation by the state legislature. 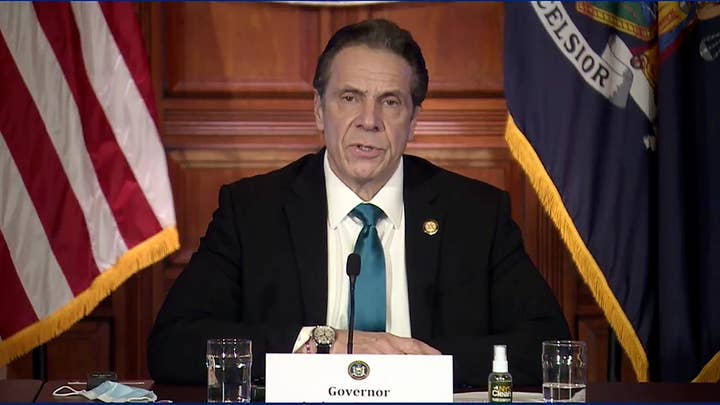 The current investigation is not yet far along and is focused on top members of Cuomo’s coronavirus task force, the Albany Times-Union reported, citing a source with direct knowledge of the matter. Neither Cuomo nor any administration official has at this point been accused of any wrongdoing.

When asked about the investigation by the FBI and US attorney’s office in Brooklyn during a news conference on Monday Cuomo said his office has been complying with the inquiry since last August.

Ted Minissale said that as of March 12, 2020, he and his siblings "couldn’t visit our loved ones" in nursing homes and "it was very frightening because we had no idea what was going on."

"Then shortly after that, we heard about this mandate that would come out that would allow people with COVID to come back in after we were told that if it gets into a nursing home it’s going to go through like wildfire," he continued.

"It just happens to be that when you are in a position to make a decision about lives, you have to have common sense and when you bring people back into a nursing home after you tell people that if it gets in there it’s going to go through like wildfire, it’s like pouring gasoline onto a fire, it’s not going to go out, it’s going to get worse."

On April 20th, Ted Minissale said, his mother got sick in a nursing home and was sent to a hospital, where she died due to COVID-19 two days later.

"Two weeks later, in the same facility, my father-in-law died of the same thing," he explained. "He was sent out to the veteran’s hospital."

"It’s been a nightmare ever since," he stressed. "We just want to get to the bottom of this and find out what really happened." 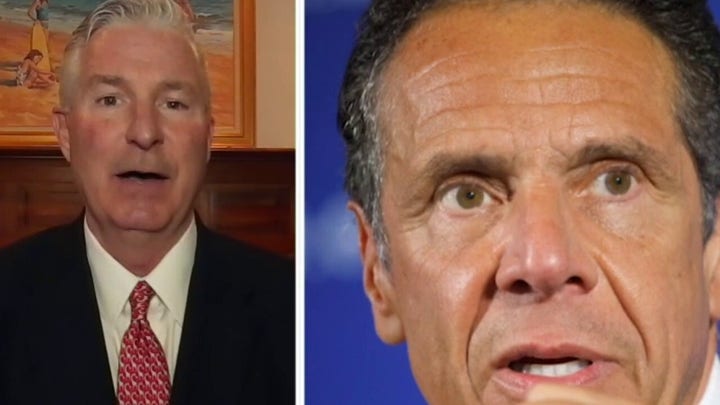 "We want to know the truth," Lizzi said.  "Why did he [Cuomo] decide to make this mandate allowing patients back into nursing homes? What are the real numbers?"

"If he made a mistake, which we know he did, he needs to own up to it," she stressed.

"We want justice for our mother and for Ted’s father-in-law and we need to make sure that this never happens again to all the people that are in the nursing homes now and in the future."