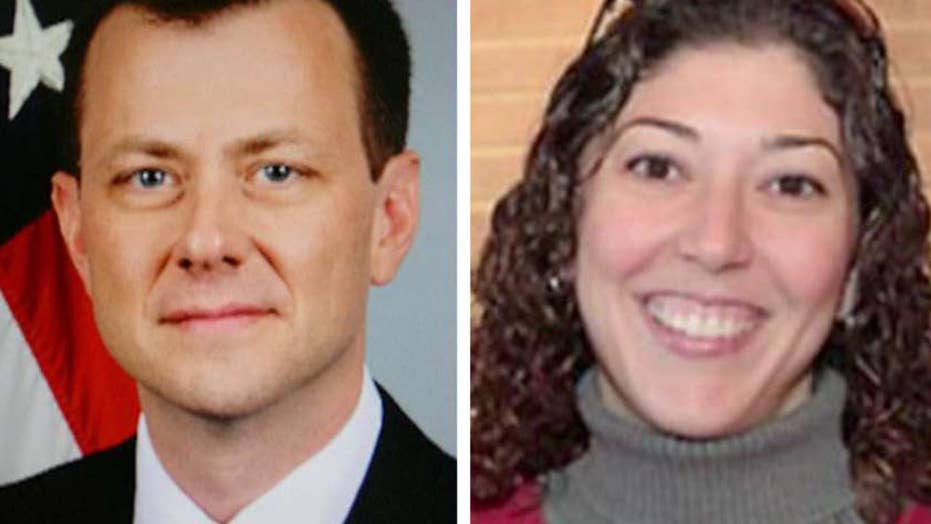 The political rhetoric over the FISA abuse memo took a new turn with the ranking Democrat drafting his own version; Catherine Herridge goes in-depth for 'Special Report.'

FBI officials Peter Strzok and Lisa Page may have used personal accounts to send official records to each other about the Hillary Clinton email probe in 2016 even as the bureau investigated her for a "similar" practice, according to Senate Judiciary Committee Chairman Chuck Grassley.

“It appears that Strzok and Page transmitted federal records pertaining to the Clinton investigation on private, non-government services,” the Iowa Republican wrote in a Thursday letter to FBI Director Chris Wray.

He questioned whether that affected the bureau's treatment of the Clinton case. 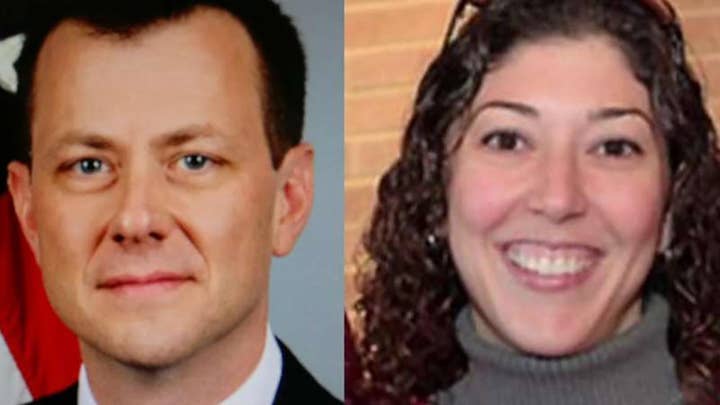 “It is important to determine whether their own similar conduct was a factor in not focusing on and developing evidence of similar violations by Secretary Clinton and her aides,” Grassley said.

During the campaign, the FBI investigated Clinton’s use of a private email server instead of a secure, government email account while secretary of state. Then-FBI Director James Comey decided against recommending prosecution, but faulted Clinton and her associates for being “extremely careless” with classified information.

The revelation came as Grassley on Thursday released new messages between Page and Strzok, who were having an affair and exchanged more than 50,000 texts with each other during the election. A number of the texts have gotten attention for indicating their distaste for then-presidential candidate Donald Trump.

Some of those texts released Thursday indicate the agents were using personal accounts for government work.

In an April 10, 2016 text, Strzok messaged Page to say, “Gmailed you two drafts of what I’m thinking of sending Bill, would appreciate your thoughts."

In other messages, on June 3, Strzok told Page: "Dude. It’s all unclassified. ... Type on home computer and email to yourself."

The context of the discussions is unclear from the raw texts, but Grassley suggested they were related to the Clinton case.

Grassley wrote in his letter to Wray that Strzok and Page, in some texts, also referred to “related conversations they were having via iMessage, presumably on their personal Apple devices.”

“Has the FBI asked Mr. Strzok or Ms. Page to voluntarily provide any information from their personal accounts?” Grassley asked Wray. “If so, have they been cooperative?  If the FBI has not asked, please explain why not.”

The Republican senator also asked, “Has the FBI performed any voluntary searches of Strzok or Page’s non-government phones or email accounts to determine whether federal records exist?”

Clinton's practices to avoid government systems, however, would likely have gone well beyond these officials' use of personal devices. Clinton set up a 'homebrew' email server and exclusively used personal systems for government business while secretary of state, with classified information often being transmitted through them.

Strzok was a top figure in the bureau’s Clinton investigation, taking part in the FBI interviews of the candidate and some of her top aides. He also worked on the special counsel’s probe into Russia and the Trump campaign but was reassigned after the anti-Trump texts were discovered on his phone.

In a new text exchange released Thursday, Strzok and Page seemed concerned about being too tough on Clinton because she might hold it against them as president.

“One more thing: she might be our next president,” Page texted Strzok on Feb. 25, 2016, in the midst of the presidential campaign, in reference to Clinton.

“The last thing you need [is] going in there loaded for bear,” she continued. “You think she’s going to remember or care that it was more [DOJ] than [FBI]?”

Strzok replied that he “agreed.”

Republicans, arguing some top officials at the FBI are politically biased against Trump, have seized on the texts.

“Now we know the fix was in, and I think the logical thing is, if the fix was in on the Clinton investigation, and if these same people—the top people at the FBI—started and ran the Trump-Russia investigation, might there be some bad things going on there as well?” Rep. Jim Jordan, R-Ohio, said Friday on “Fox & Friends.” “And as you look at these text messages, it sure looks like there is.”