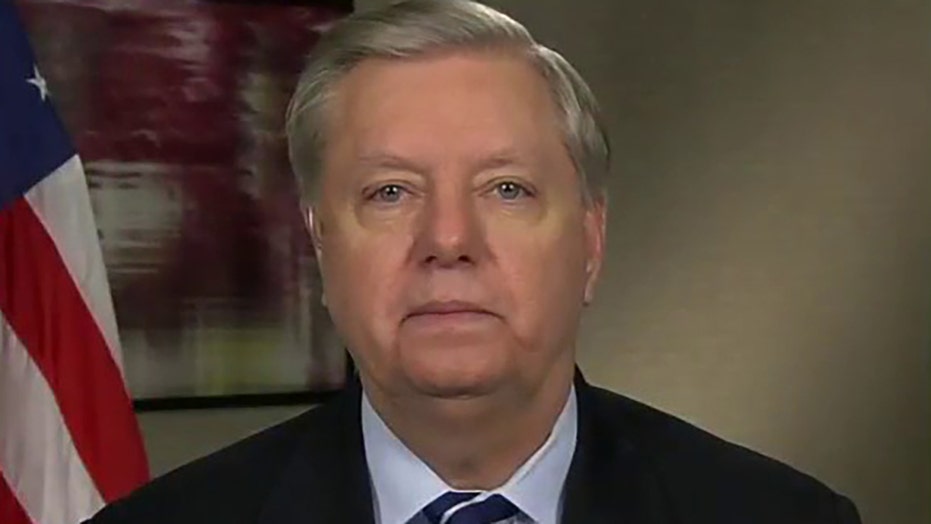 Sen. Lindsey Graham, R-S.C., revealed key questions he has going into the Senate Judiciary Committee's investigation of the initiation of the Russia probe and the FBI's use of the Foreign Intelligence Surveillance Act (FISA) to conduct surveillance of former Trump campaign adviser Carter Page.

Graham's investigation comes after the Justice Department Inspector General released a report detailing significant inaccuracies and omissions on the part of the FBI in their FISA warrant applications, misleading the court in the process. A major aspect of the report exposed the degree to which the FBI had relied on the unverified dossier compiled by British ex-spy Christopher Steele as part of opposition research for Hillary Clinton's campaign.

"Now I want to know, what did McCabe and Comey know, when did they know that the dossier was unreliable?" Graham told "Sunday Morning Futures" host Maria Bartiromo, referring to former FBI Director James Comey and former Acting Director Andrew McCabe. Comey has insisted that he was not aware of what was going on at the time.

Graham mentioned that Steele's primary sub-source had told the FBI that the information in the dossier was not credible. The Senate Judiciary Committee chairman expressed doubt that this information did not reach the upper levels of the FBI.

“I find it hard to believe that that did not work its way up to Comey and McCabe," he said.

To get to the bottom of this, Graham said that he wants to begin his investigation by calling the four individuals who met with the sub-source to speak to the committee.

Graham said he also wanted to know who else was aware of the problems with the dossier, and when they found out, particularly acting Attorney General Rod Rosenstein.

“Did Rosenstein know that the dossier had been debunked by the time he signed the warrant? How could he not know?” Graham asked.

Rosenstein oversaw the investigation due to the recusal of then-Attorney General Jeff Sessions. After President Trump fired Comey, it was Rosenstein who appointed Robert Mueller as Special Counsel in charge of the Russia investigation.

“Here’s my question to Rosenstein: if you knew then what you know now, that it was a bunch of garbage, would you have appointed Mueller?” Graham asked.

Graham did not specify exactly when he would call witnesses to testify, but the committee is beginning its probe this week.