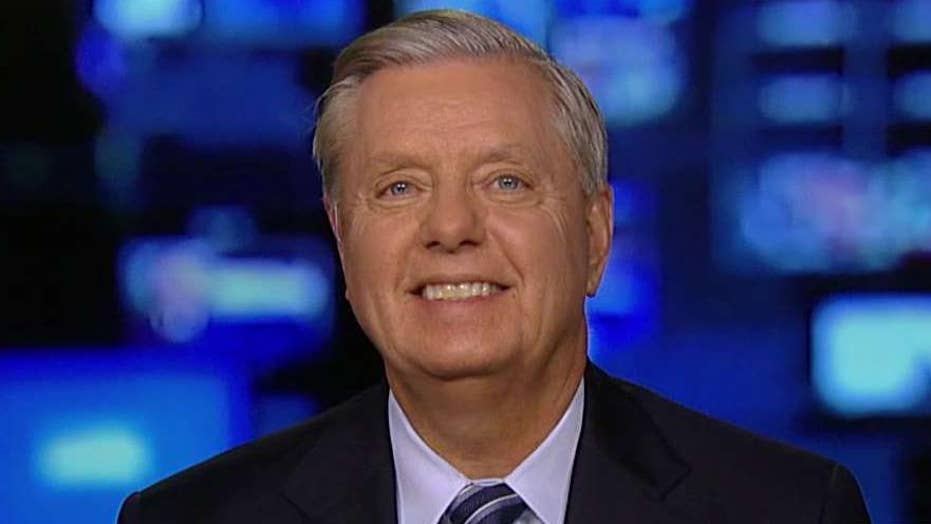 Graham’s letter, which was released as the final day of public hearings in the House impeachment inquiry into President Trump wrapped up, asked Pompeo to release a series of documents and transcripts of conversations in 2016 between Biden and Poroshenko in relation to an investigation into the Ukrainian natural gas company, Burisma Holdings.

Burisma – and more specifically, Hunter Biden’s role on the company’s board of directors – has become one of the main talking points from Trump and the Republicans amid the impeachment inquiry into the president.

Speaking on Fox News’ “Hannity” on Wednesday night, Graham said the phone calls between Biden and Poroshenko coincided with the time frame in which a Ukrainian prosecutor, Viktor Shokin, was fired.

“I want to know, are there any transcripts or readouts of the phone calls between the vice president and the president of Ukraine in February [2016] after the raid on the gas company president's house,” Graham said. “After this raid, Hunter Biden kicks in. Hunter Biden's business partner meets with [then-Secretary of State] John Kerry, and Vice President Biden on three occasions makes a phone call to the president of Ukraine and goes over there in March and they fire the guy, and this is the same man that the ambassador wanted investigated in 2015.”

Shokin was investigating Burisma Holdings at a time when Hunter Biden sat on its board and while the vice president was leading the Obama administration's diplomatic dealings with Kiev. Though the timing raised concerns among anti-corruption advocates, many Western nations had supported Shokin’s firing. 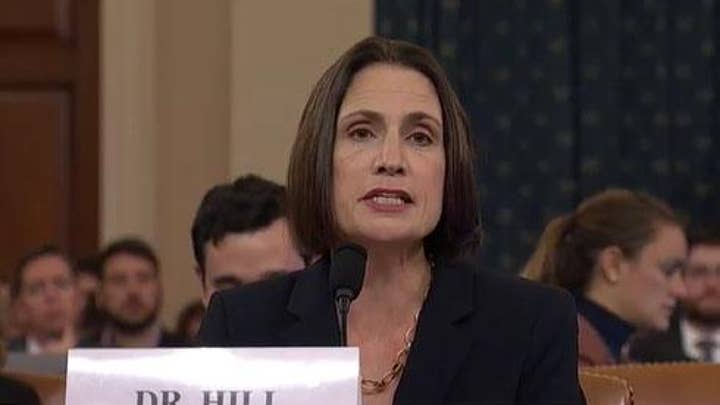 Ranking Member Devin Nunes, R-Calif., along with Rep. Jim Jordan, R-Ohio, penned a scathing letter to Schiff in which they slammed the “sham ‘impeachment inquiry’” and notified the chairman of their intent to subpoena Biden and the whistleblower whose report sparked in the inquiry. Jordan, the ranking member of the House Oversight Committee, has been appointed as a temporary member of the House Intelligence Committee.

“The American people understand how you have affirmatively prevented Republicans from examining serious issues directly relevant to the issues,” the two GOP lawmakers told Schiff in their letter. “Therefore, to provide some basic level of fairness and objectivity to your ‘impeachment inquiry,’ we intend to subpoena the anonymous whistleblower and Hunter Biden for sworn testimony in closed-door depositions.” 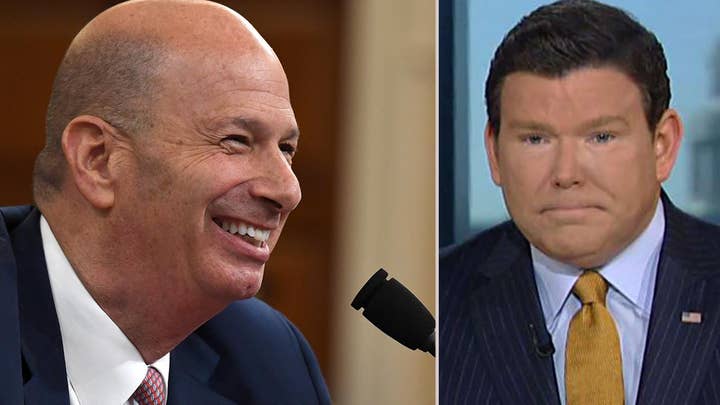 The whistleblower last August reported that Trump had pushed Ukrainian President Volodymyr Zelensky to launch a public investigation into the Biden family’s dealings in Ukraine—specifically, why the former vice president pressured Poroshenko to fire Shokin. The complaint questioned whether Trump withheld military aid and the opportunity of a White House meeting from Zelensky until Ukraine publicly announced an investigation into the Bidens. Trump and the White House repeatedly have denied the president did anything wrong.

On Wednesday, Ambassador to the European Union Gordon Sondland said he never heard directly from Trump on a quid pro quo linking military aid for Ukraine to politically advantageous investigations.

But, Sondland said, “we all understood” that a meeting at the White House for Ukraine’s president and a phone call with Trump would happen only if Zelensky agreed to an investigation into the 2016 U.S. election and the Bidens. And, he testified that he came to presume aid was linked to investigations too.

He said he sent an email on July 19, just days before the July 25 call at the center of the impeachment inquiry, in which he laid out the issue in detail to members of the State and Energy Departments and White House staff.

Sondland added: “It was no secret.”