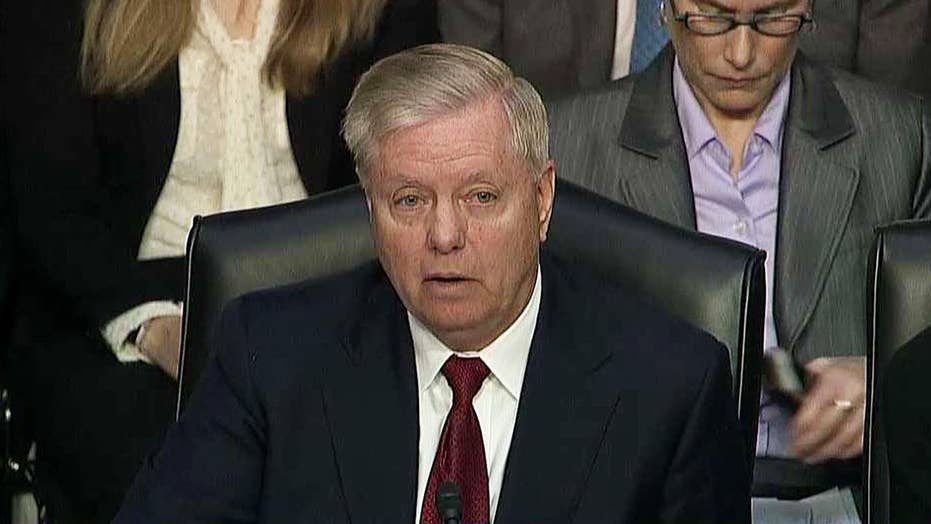 Republican Sen. Lindsey Graham accused the FBI officials who investigated the Trump campaign’s ties to Russia of a “massive criminal conspiracy” in a fiery opening statement Wednesday for a hearing where the Justice Department's top watchdog testified.

In a freewheeling speech to kick off the Senate Judiciary Committee hearing on FBI abuses, the committee chairman said federal investigators made more than a few missteps -- and took the law into their own hands.

“What has been described as a few irregularities becomes a massive criminal conspiracy over time to defraud the FISA court, to illegally surveil an American citizen and keep an operation open against a sitting president of the United States -- violating every norm known to the rule of law,” Graham said.

The more than 40-minute unscripted speech came before the long-anticipated testimony of Michael Horowitz, the Justice Department inspector general who investigated the origins of the Russia probe into the Trump campaign.

However, the report faulted the FBI for numerous errors in the FISA application process, identifying at least 17 “significant inaccuracies and omissions” in the application and renewals for Page’s FISA warrant.

Graham said Horowitz's team discovered "an abuse of power I never believed could actually exist in 2019."

"How bad is it? It was as if J. Edgar Hoover came back to life," Graham said.

The Judiciary Committee chairman read aloud the text messages between FBI investigators Peter Strzok and Lisa Page, the former lovers who expressed disgust with Trump in their exchanges, calling Trump a "loathsome human" and "awful."

Graham blasted the few investigators as “bad people.” He said former British spy Christopher Steele, who authored the salacious and unverified dossier against Trump, had an ax to grind against the president and those biases colored the investigation.

In a passionate speech that was reminiscent of his angry defense of Brett Kavanaugh before his Supreme Court confirmation hearings, Graham said he has serious concerns about whether the FISA Court can continue without reforms.

Graham also said the report should be a call to action for FBI Director Christopher Wray.

"I hope Carter Page gets a lawyer and sues the hell out of the FBI and DOJ," Graham said.