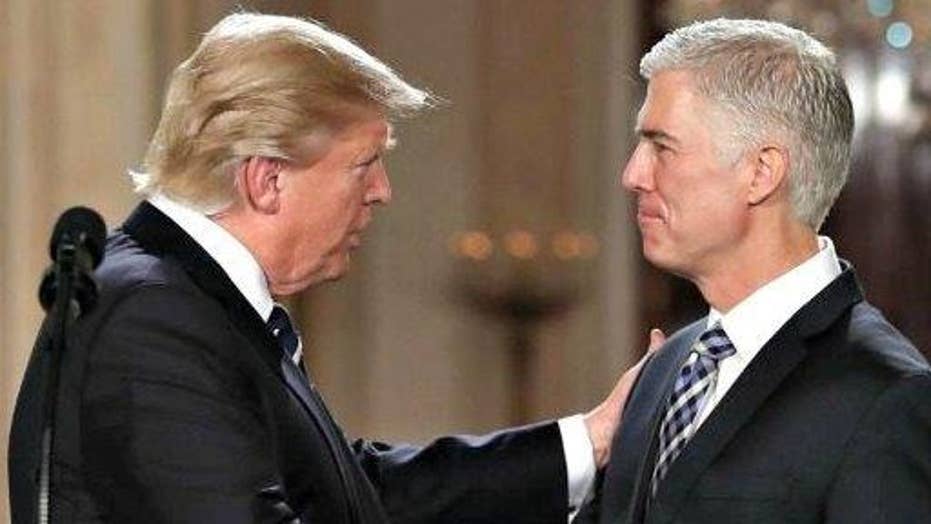 A source on the president's Supreme Court nomination team told Fox that Judge Neil Gorsuch made the remark in a meeting with Sen. Richard Blumenthal, D-Conn.

Blumenthal told reporters after the meeting that Gorsuch had "expressed to me that he is disheartened by the demoralizing and abhorrent comments by president trump about the judiciary."

"Courts seem to be so political and it would be so great for our justice system if they would be able to read a statement and do what's right," the president said in an address to a group of police chiefs and sheriffs. "And that has to do with the security of our country, which is so important."

Trump focused on the language used in a law detailing presidential powers to limit "inadmissible aliens."

"It was written beautifully," Trump told the attendees, asserting that even "a bad high school student would understand this."

Trump tweeted about the order again in the afternoon.