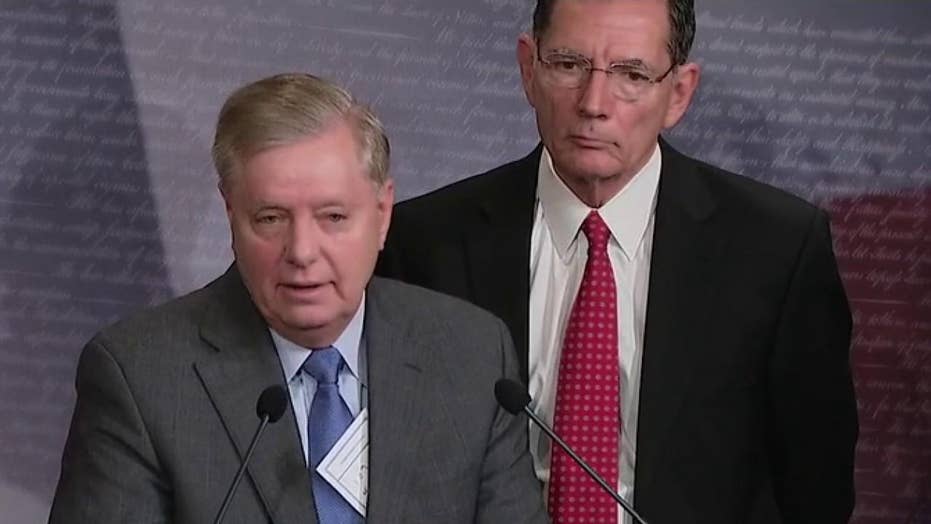 Wyoming Republican Sen. John Barrasso on Friday accused Sen. Chuck Schumer of using the impeachment trial of President Trump as a cudgel against swing-state Republican senators to further his aspiration to serve as Senate majority leader.

Barrasso, the chairman of the Republican Senate Conference, said the Democratic leader is trying to squeeze senators facing tough reelection fights in Maine, North Carolina, Arizona and Colorado with his relentless pressure for new witnesses and documents.

“It is also about Chuck Schumer trying to make himself a majority leader of the United States Senate, and there's no way to deny it,” he said. 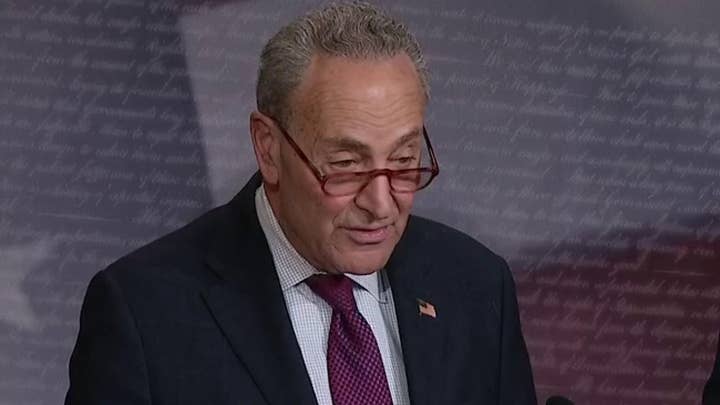 If Democrats win back the Senate in November, Schumer, a New York Democrat, would be in line to succeed Sen. Mitch McConnell as majority leader next year.

Earlier this week, Schumer forced votes on 11 amendments in a broader effort to get new evidence admitted into the trial. Ten of the amendments went down along party lines with only Collins breaking from her party on one Schumer amendment to allow for more time to file motions.

Democrats repeatedly have argued that the public wants to see documents and witnesses the White House has been blocking, including testimony from acting chief of staff Mick Mulvaney and former National Security Advisor John Bolton. With only 47 votes in the Senate, Schumer needs four GOP defections to win the majority vote needed to issue subpoenas for the new information.

“The bottom line: we're seeking the truth at a momentous time in the American republic,” Schumer said Friday. “It is on the shoulders of four Republican senators to join us in demanding it. We've made the argument forcefully. The American people have made the argument forcefully that they want the truth. Will four Republican senators, just four, rise to the occasion, do their duty to their constitution, to their country, to seek the truth?”

But Republican leaders want a swift trial to acquit Trump without new witnesses and argue if the case for impeachment was so strong in the House, Democrats wouldn’t need the additional information.

On the third and final day of the House impeachment managers’ opening case, Republicans complained the Democrats’ arguments were becoming repetitive and tiresome and argued the Senate shouldn’t be calling witnesses the House failed to get.

Graham on Friday called for Joe and Hunter Biden’s Ukraine dealings to be investigated -- but after the impeachment trial concluded.