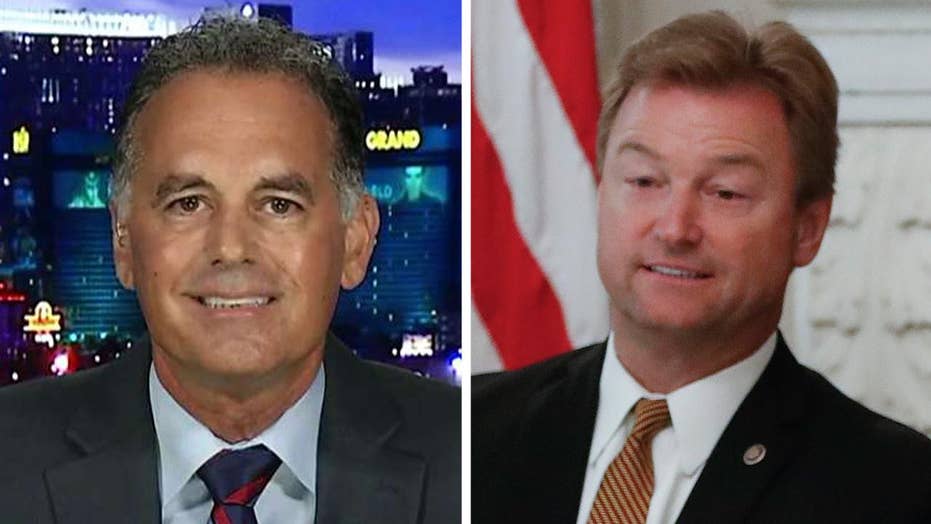 On 'Fox & Friends,' Nevada Republican opens up about why he is throwing his hat in the ring

Nevada Republican Sen. Dean Heller has drawn an early, albeit expected, 2018 primary challenger -- after giving only tepid support to Donald Trump’s presidential bid and the subsequent push to repeal and replace ObamaCare.

“We are not surprised,” said Heller campaign spokesman Tommy Ferraro, who knocked Tarkanian’s numerous prior attempts to get elected.

“Danny Tarkanian is a perennial candidate who has spent millions of dollars on five campaigns over the last decade,” Ferraro said. “Nevada voters have rejected him every time. … He’s wasted conservatives’ time and cost the Republican Party seats up and down the ballot.”

Heller's reelection headwinds began during the 2016 presidential race, when the first-term senator was critical of what he considered then-GOP nominee Trump’s negative comments about Hispanics.

The closest he came to a Trump endorsement was essentially saying he’d back whomever was running against Democratic nominee Hillary Clinton, who beat Trump in Nevada.

Heller’s efforts to at least avoid a primary challenge grew more complicated when he declined to back the Republican-controlled Senate’s early ObamaCare overhaul plan.

“He wants to remain a senator, doesn’t he?” Trump asked, prodding him at the time to come around.

“There is very little in life more frustrating than voting for Republicans who promise to repeal ObamaCare, then break their word once we have a Republican President to sign the bill,” Tarkanian said in a fundraising letter Tuesday after announcing his bid.

While Heller is considered vulnerable, some doubt whether Tarkanian is a serious threat.

"I think that Dean Heller has opened himself up to a challenge, but I don't think that Danny is the person to make that successful challenge," Republican strategist Rory McShane said Wednesday. "Beating Dean Heller would take the support of a lot of national groups like Club for Growth and the National Association of Gun Rights. It would be tough for Danny to win a primary without a lot of those national groups behind him."

Democrats already have what they consider a strong challenger in first-term Rep. Jacky Rosen, with few opportunities in 2018 to defeat an incumbent Senate Republican. Other Republicans also are expected to enter the race.

Tarkanian, meanwhile, accused Heller of voting for the Affordable Care Act's repeal in 2015 because he knew then-President Barack Obama would veto the measure.

“Now it’s clear he has sold his soul to the liberals and moderates in Washington,” he said.

Tarkanian, who lost a 2016 GOP primary bid for the seat of retiring Senate Democratic leader Harry Reid, vows to be the "true conservative" in the race. And he argues he’s been loyal to Trump from the start, despite “political operatives in Washington” telling him to keep a distance.

“I am unapologetic in my support for President Trump, and I will stand firm for America First policies,” Tarkanian said. 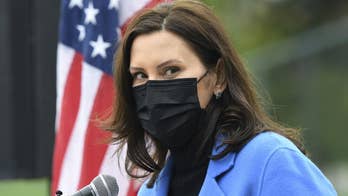