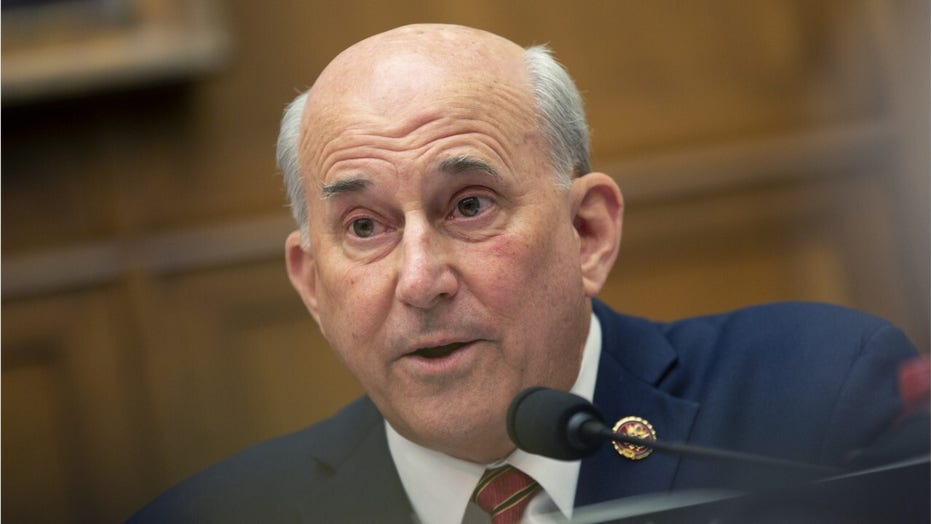 A group of Republican House members introduced a resolution Thursday that would effectively ban the Democratic Party from the House or force a party name change over past slavery ties.

A group of Republican House members, led by Rep. Louis Gohmert of Texas, introduced a resolution Thursday that would effectively ban the Democratic Party from the House or force a party name change over past slavery ties -- a response to the recent efforts to remove tributes to past members of the Confederacy from the halls of Congress.

It specifically cites the Democratic Party platform's support for slavery between 1840 and 1856, and other racist actions by party members through the early-to-mid 1900s, before calling on House Speaker Nancy Pelosi, D-Calif., to "remove any items that names, symbolizes or mentions any political organization or party that has ever held a public position that supported slavery or the Confederacy" from the House and its properties. The resolution also says such a party "shall either change its name or be barred from participation in the House of Representatives."

Gohmert, in a statement accompanying the bill, told Democrats they should rebrand to "avoid triggering" anyone.

"As outlined in the resolution, a great portion of the history of the Democratic Party is filled with racism and hatred," Gohmert said. "Since people are demanding we rid ourselves of the entities, symbols, and reminders of the repugnant aspects of our past, then the time has come for Democrats to acknowledge their party’s loathsome and bigoted past, and consider changing their party name to something that isn’t so blatantly and offensively tied to slavery, Jim Crow, discrimination, and the Ku Klux Klan."

He added: "To avoid triggering innocent bystanders by the racist past of the Democratic Party, I would suggest they change their name. That is the standard to which they are holding everyone else, so the name change needs to occur."

The resolution's co-sponsors are Reps. Andy Biggs, R-Ariz., Jody Hice, R-Ga., Randy Weber, R-Texas, and Andy Harris, R-Md. It is unlikely to pass, but appears to be meant more as a criticism of allegedly "blatant hypocrisy" around the House's approval of a measure removing Confederate busts in the Capitol this week. Weber, speaking on the House floor after Gohmert introduced his resolution, criticized "cancel culture."

"The cancel culture train, H.R. 7573, that passed yesterday, was wrong on a deep level. I'm not going to get on that cancel culture train that says we have to do away with any mention or remembrance of everybody or everything that we don't agree with, or that might have said something we don't like, didn't like, or that might have stood for something that we don't stand for," Weber said.

Because the resolution is privileged, it takes priority over other business on the House floor. And assuming it isn't dispensed with via voice vote, lawmakers would likely be forced to go on the record on the resolution, even if that's through a motion to table it or refer it to a committee.

The legislation to remove statues of Confederates passed 301-113 earlier this week with 72 Republicans and Rep. Justin Amash, L-Mich., voting in favor of it.

"Just imagine what it feels like as an African American to know that my ancestors built the Capitol, but yet there are monuments to the very people that enslaved my ancestors," Rep. Karen Bass, D-Calif., said Wednesday. "...These individuals do not deserve to be honored."