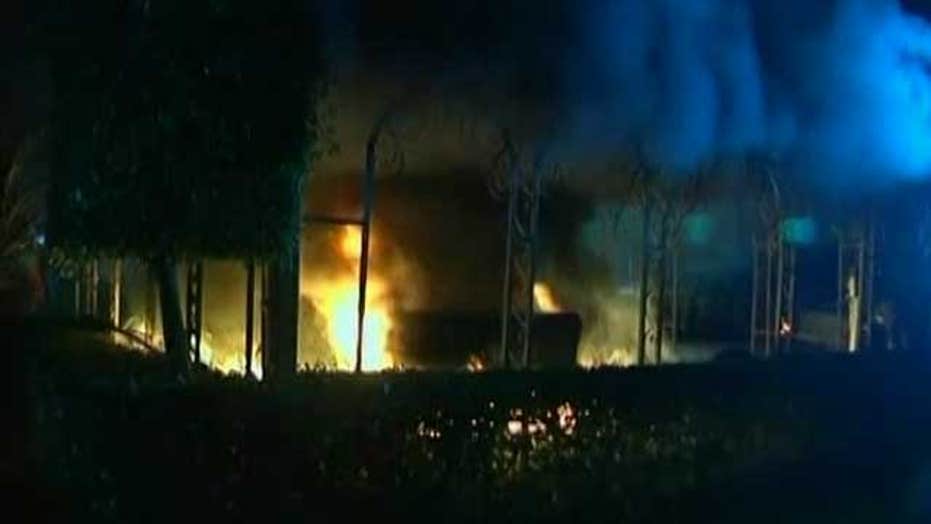 The Obama administration says it held four employees responsible for mistakes in the run-up to last year's Benghazi attack -- even though they are still working for the State Department. Congressman Ted Yoho (R-Fla.) says then Secretary of State Hillary Clinton had a larger role in Benghazi than it’s made to believe.

The House Foreign Affairs Committee held a hearing Wednesday morning seeking answers from the State Department over who made the policy decisions that created a death trap for four Americans September 11, 2012.

Rep. Yoho believes the committee was able to get the answers they demanded from Patrick Kennedy, the State Department's undersecretary for management, but there are still more details that need to be clarified.

“We welcomed the information we got. We got a long way to go, but anytime we get closer to what went wrong in this it’s a great way to proceed … the American people want answers,” said Yoho.

The congressman says that the fault for the Benghazi consulate attack can’t just be blamed on middle management.

“Who’s responsible for the subordinates under you? It went to the manager … who are they held accountable by, and it was the superiors,” said Yoho.

This testimony, he believes, “will point to the Secretary of State … the buck has to stop somewhere and I think this will come out eventually.”

Debate remains over whether Secretary Clinton was directly responsible for the lack of security at the consulate in Libya.

Referencing the 1999 ARB [accountability review board] report, which recommended State Department security reforms, Yoho said the “Secretary of State had to be involved in all security questions and to protect personnel at those embassies, and that falls on Secretary Clinton.”

Watch the full interview with Rep Ted Yoho above and catch "On the Hunt" weekdays at 12 p.m. ET on FoxNews.com LIVE.