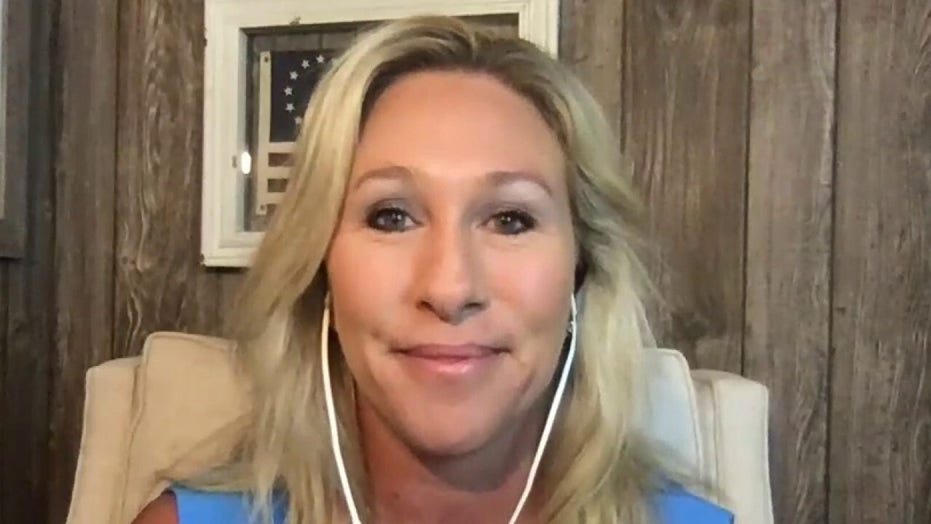 Greene, who defeated John Cowan to earn the GOP nomination for Georgia's 14th Congressional District, wasted no time in going after the Democratic leader.

"She's a hypocrite. She's anti-American. And we’re going to kick that b---- out of Congress," Greene said.

Greene's ire was not only directed at Democrats, as she threw her victory in the face of her own party after a number of Republican leaders came out against her.

"The GOP establishment, the media, & the radical left, spent months & millions of dollars attacking me," she tweeted. "Tonight the people of Georgia stood up & said that we will not be intimidated or believe those lies."

Greene had come under increased scrutiny and attacks after past social media videos showed her support of QAnon conspiracy theories and espousing views that have been condemned as racist, Islamophobic and anti-Semitic.

Several prominent Republicans expressed disgust for Greene's comments, including House Minority Leader Kevin McCarthy, of California, Rep. Jody Hice, of Georgia, who withdrew his support for Greene, and Minority Whip Steve Scalise, of Louisiana, who threw his support behind Cowan.

"The comments made by Ms. Greene are disgusting and don’t reflect the values of equality and decency that make our country great," Scalise said in a statement to Politico. "I will be supporting Dr. Cowan."