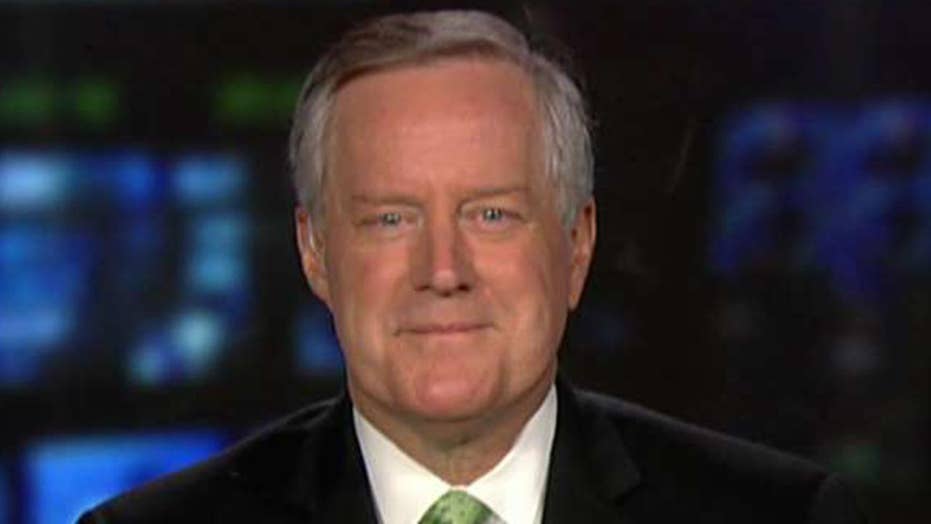 Top Republican lawmakers in both the Senate and the House blamed their Democratic colleagues on Sunday for the ongoing government shutdown, saying that Democrats just want to keep President Trump from fulfilling his campaign promise to build a wall along the United States southern border.

“The sticking point is Nancy Pelosi is driving most of the conversation,” Rep. Mark Meadows, R-N.C., said on Fox News’ “Sunday Morning Futures” about the incoming House Speaker. “This is all about trying to make sure that Donald Trump does not secure the border.”

Meadows, the chair of the influential House Freedom Caucus, said that he is hopeful that the government shutdown will be over when the Senate resumes session on Thursday and that funding for the wall will end up being somewhere between $1 billion and $5 billion.

Meadows’ comments about the Democrats were echoed by Sen. David Perdue, R-Ga., who said that Trump is willing to make a deal, but that the Democrats are trying to undermine the president’s agenda. 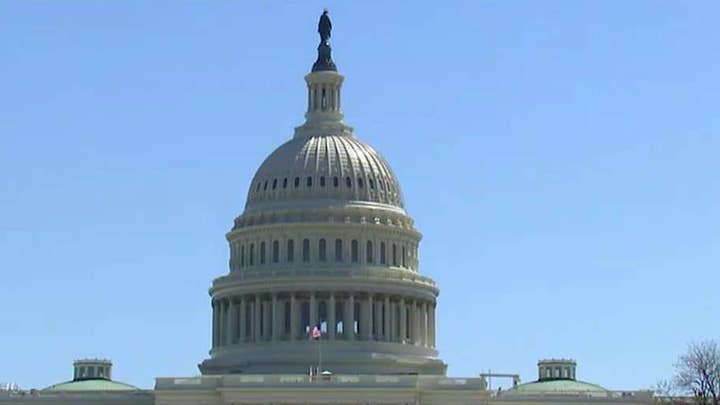 “This is not about the number, this is about the Democrats not wanting President Trump to fulfill his campaign promise to secure the southern border,” Perdue said. “They’re trying to play politics with the security of our country.”

The federal government is expected to remain partially closed past Christmas Day.

On the second day of the federal closure, Trump tweeted Sunday that what the country needs is "a good old fashioned WALL that works," as opposed to aerial drones and other measures that "are wonderful and lots of fun" not the right answer to address the problem of "drugs, gangs, human trafficking, criminal elements and much else from coming into" the United States.

With Trump's insistence on $5 billion for the wall and negotiations with Democrats in Congress far from a breakthrough, even a temporary measure to keep the government running while talks continued seems out of reach until the Senate returns for a full session Thursday.

Unlike other shutdowns, this one seemed to lack urgency, coming during the long holiday weekend after Trump had already declared Monday, Christmas Eve, a federal holiday. Rather than work around the clock to try to end the shutdown, as they had done in the past, the leaders of the House and the Senate effectively closed up shop. But they didn't rule out action if a deal were struck.

Trump's re-election campaign sent out a fundraising email late Saturday launching what he called "the most important membership program ever - the OFFICIAL BUILD THE WALL MEMBERSHIP." The president urged donors to sign up. 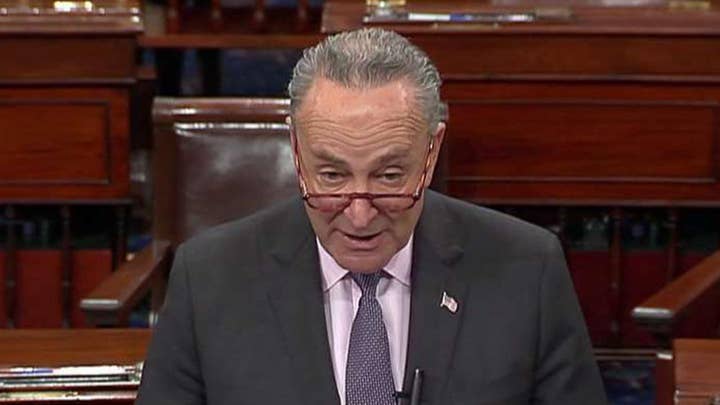 With Democrats set to take control of the House on Jan. 3, and House Speaker Paul Ryan, R-Wis., on his way out, the shutdown was providing a last gasp of the conservative majority before the new Congress.

Last week Trump said he would be "proud" to close down the government. He had campaigned on the promise of building the wall, and he also promised Mexico would pay for it. Mexico has refused to do so.

In recent days, though, Trump tried to shift blame to Democrats for not agreeing to his demand. He has given mixed messages on whether he would sign any bill into law.

Senate Democratic leader Chuck Schumer of New York met with Vice President Pence on Saturday at the request of the White House, according to Schumer's office. But the senator's spokesman said they remained "very far apart" on a spending agreement.

Schumer said the "Trump shutdown" could end immediately if the president simply dropped his demand for money. "If you want to open the government, you must abandon the wall," Schumer said.

Democrats said they were open to other proposals that didn't include the wall, which Schumer said was too costly and ineffective. They have offered to keep spending at existing levels of $1.3 billion for border fencing and other security.

But Trump, digging in, tweeted about "the crisis of illegal activity" at American's southern border is "real and will not stop until we build a great Steel Barrier or Wall."