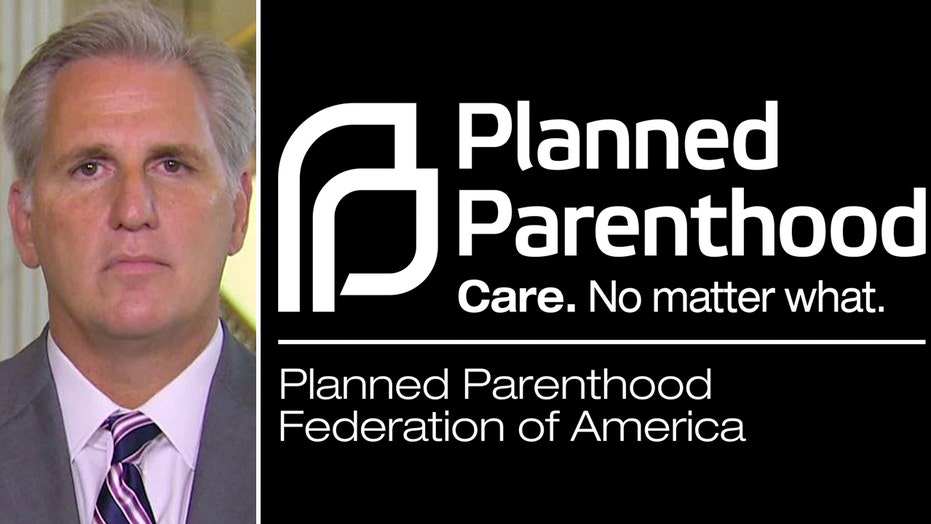 But their task is getting ever trickier as the end of the fiscal year nears. The GOP brass in both bodies of Congress are struggling to decouple the Planned Parenthood issue from the task of funding the entire federal government and avoiding a shutdown in two weeks.

Many conservatives insist they won't vote for a spending bill that funds Planned Parenthood. Other Republicans believe that linking the two is a tactical error that will prompt a staggering standoff with Democrats and President Obama and bludgeon the GOP.

"We really, really don't want to go down this road again," said one senior House GOP aide who asked not to be identified.

"This road" refers to the path which congressional Republicans traveled for 16 days in October, 2013 as they tried to latch defunding ObamaCare to operating the rest of the federal government.

House Speaker John Boehner, R-Ohio, and Senate Majority Leader Mitch McConnell, R-Ky., insist shutdowns are a thing of the past. McConnell says he's not losing sleep over the threat and is convinced there won't be a closure this time. When asked why he was so confident, the Kentucky Republican responded, "I just am."

The House is likely to pass both measures and send them to the Senate. However, what is past is prologue. Consider how the Senate failed to even bring up the other Planned Parenthood bill for a vote in early August. Thus, few believe senators can conjure up a supermajority to bring this legislation to the floor this time around, either.

"We are not going to engage in exercises of futility," warned McConnell.

The federal government will shutter on Oct. 1 if there is no comprehensive funding plan for the federal government. These stopgap spending bills are called "Continuing Resolutions" or "CR's" in Congress-speak. By definition, they typically "continue" to fund all government programs at the existing level from the previous fiscal year.

A true "clean" CR means the military gets everything it had last year. The Department of the Interior scores what it had. Same goes for the Department of Education. You name it.

So, let's get this straight: all of the pro-life, conservative members who support the two House bills will then suddenly turn around and vote for an emergency spending bill that also funds Planned Parenthood at the end of the month?

No wonder people are growing nervous about a partial government shutdown.

One possibility is for House conservatives to try and defund Planned Parenthood via something called "budget reconciliation," rather than the traditional appropriations process.

In the mid-1970s, Congress created the formal budget process, and it addressed a basic hurdle in the Senate: the chamber's unlimited opportunities for debate and amendments. "Budget reconciliation" curbed that whole process, limiting debate time and eliminating filibusters. It takes a mere simple majority to move forward.

Could it be used here? Of course, politics is the art of the possible. It's one thing to roll out reconciliation for standard-issue budgets. But it's a high parliamentary art form to use reconciliation for other controversial policy goals. There is an inherent landmine that comes with reconciliation. It's called the "Byrd Rule," which holds that "extraneous" legislative priorities can't fall under reconciliation. It takes 60 votes to waive the Budget Act and overcome the Byrd Rule.

Of course, Republicans could also write a CR that funds the rest of the federal government and strikes money for Planned Parenthood. That would score the votes of most Republicans and even a few Democrats -- but it would probably face a veto from President Obama and the government would shutter.

The route out of this legislative cul-de-sac of course is to write a spending bill that maintains Planned Parenthood funding and moves through both bodies of Congress with a coalition of some Republicans and scads of Democrats. Such an approach would pass and certainly avoid a government shutdown.

But the right would be apoplectic. That would undoubtedly trigger a challenge to Boehner for his speakership. At that point, Boehner could remind conservatives that -- although it was against his better judgment -- he reluctantly signed off on their demands to link government spending to defunding ObamaCare in 2011.

And Boehner will probably remind them things didn't work out too hot for Republicans after the 2013 government shutdown.

Republican leaders bandied about a lot of analogies over the past four years during times of crisis.

Republicans demonstrated they were close to opening fire.

In 2013, the GOP warned lawmakers they shouldn't touch the "hot stove" of a government shutdown. But despite the warnings, Republicans still touched the stove and got burned.

Some Republican aides are back to using the "hot stove" old saw again now.