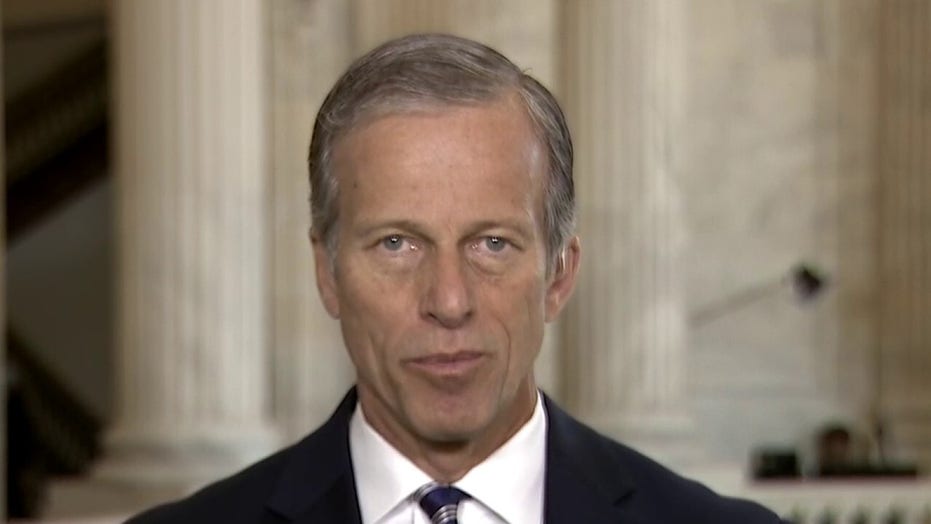 Republicans in the House and Senate introduced legislation this week to have the street in front of the Chinese Embassy in Washington, D.C., renamed Li Wenliang Plaza to honor the Wuhan-based doctor-turned-whistleblower who had early on sounded the alarm on coronavirus.

“The Chinese Government attempted to silence Dr. Li Wenliang who, at great personal risk, warned about the danger of Coronavirus,” Wyoming Republican Rep. Liz Cheney said in a statement Thursday.

WHO WAS LI WENLIANG, THE CHINESE DOCTOR WHO WARNED ABOUT THE CORONAVIRUS?

Li was among eight doctors who were reprimanded by the Chinese government for warning people against the threat of the coronavirus. Li was later exonerated by Chinese officials.

“I am honored to introduce this legislation to rename the street in front of the Chinese Embassy after Dr. Li. May this serve as a constant reminder to the world and to the Chinese Government that truth and freedom will prevail," Cheney added.

Fourteen other House Republicans co-sponsored the legislation, and four Republican Senators -- including Tom Cotton from Arkansas, Ben Sasse from Nebraska, Marco Rubio from Florida and Marsha Blackburn from Tennessee -- introduced a bill in the Senate.

“Renaming the street outside of the Chinese embassy ensures that Dr. Li will never be forgotten, will serve as a stark reminder to the Chinese government and Communist Party that the U.S. will stand with the oppressed and not with their oppressors,” Rubio said in a statement after the bill was introduced to the Senate, highlighting the lawmakers' swipe at the Chinese Communist Party (CCP) that tried to silence the doctor's early warnings.

Li was a doctor from Wuhan Central Hospital who first spread the word about coronavirus, warning colleagues against the threat in late December 2019.

He was summoned to the Public Security Bureau and forced to sign a letter that said he "severely disturbed the social order” by sounding the alarm. He died on Feb. 7 after contracting the disease.

“Even when he contracted the virus, Dr. Li continued his efforts to communicate his experience and what he knew about it. Dr. Li is a hero,” Blackburn said in a statement Thursday.

More than 3.5 million cases of the coronavirus have been reported worldwide, and over 250,000 people have died as a result of the pandemic, according to the World Health Organization (WHO).