Greenwald: Shadowy foes at war with Trump as Dems cheer

Co-founding editor of The Intercept says opponents have used the media in open warfare against the President-elect, and the CIA wanted Hillary Clinton to win the presidency #Tucker

Journalist Glenn Greenwald told Fox News Thursday that there is "obvious open warfare" between the intelligence community and President-elect Donald Trump, with Democrats "openly calling for and cheering for the intervention of the CIA."

Greenwald spoke to "Tucker Carlson Tonight" regarding reports that Trump and President Barack Obama had been briefed about unverified allegations that Russian spies had collected compromising personal and financial information about the president-elect. A dossier containing the most salacious allegations was published by BuzzFeed earlier this week.

Greenwald said Democrats and liberals are "hoping ... that this unelected faction in Washington will undermine and subvert and destroy the legitimacy of Donald Trump’s presidency before he’s even inaugurated and I think what you’re seeing is actually quite dangerous."

The Intercept writer told Carlson that he believed the Central Intelligence Agency supported Democrat Hillary Clinton during the recent presidentil election because Trump "was a threat to the CIA’s primary institutional priority of regime change in Syria.

"Beyond that," Greenwald added, "Clinton wanted a much more confrontational and belligerent posture toward Moscow, which the CIA has been acrimonious with for decades, whereas Trump wanted better relations. I think they viewed Trump as a threat to their institutional preeminence, to their ability to get their agenda imposed on Washington."

Greenwald also said that most of the mainstream media is unduly deferential toward the U.S. intelligence community, despite their reputation for skepticism of such institutions.

"Whenever it comes to national security issues, especially in the post-9/11 era ... you see this incredibly close relationship between the media and the intelligence agencies," he said. "When [the media] serve their agenda, they get scoops, they get secret documents, they get access, and I think a lot of that is what you’re seeing on top of the fact that the media has been aligned against Trump and will side with anybody who wants to subvert him, including the CIA. 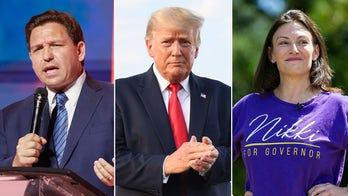