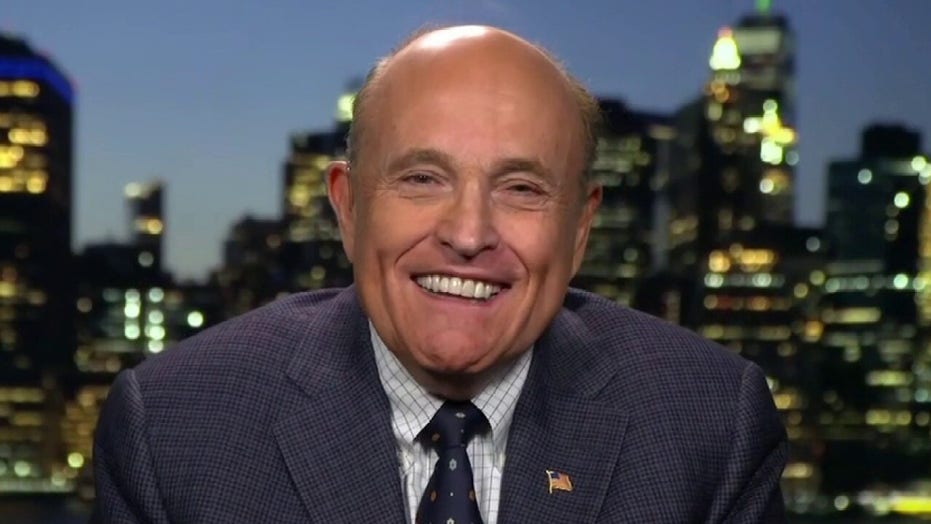 Former New York City mayor talks about a phone call he just had with the president.

Giuliani told “Fox & Friends Weekend” the 30- to 45-minute conversation with the president on Saturday addressed his health and concerns with his campaign.

“I was very happy to hear his voice sounding the same as I’ve known it for 30 years,” he said. “He gave me a lot of notes to give to the campaign… I had to kind of get him off the phone so he went back and rested.”

TRUMP TESTS POSITIVE FOR CORONAVIRUS: HERE'S WHO ELSE IS POSITIVE, AND WHO'S NEGATIVE

“He’s probably the strongest and healthiest guy I know, anywhere near his age,” he added.

Giuliani, who was in the presidential debate prep room with others who tested positive for the virus such as former New Jersey Gov. Chris Christie and former White House counselor Kellyanne Conway, said he’s been tested and has no symptoms.

President Trump wants the nation to know that COVID-19 needs to be faced, Giuliani explained, since being secluded to the White House for five months was not an option.

“[Trump] had to cautiously start to go out and lead the way back,” he said. “If [Trump] stayed holed up there, the whole economy would stay holed up.”

Giuliani said he relates to the president’s notion to push forward as a country during the pandemic because that’s how he felt during 9/11, even though it might have been “a little risk” to reopen New York City so quickly after the fact.

“But life’s got to go on,” he said. “We have to live with risk. We have to teach our children that. I didn’t get COVID but God forbid something else could happen to me in 20 minutes. You don’t stop living."