In a wide-ranging interview on Fox News' "Hannity" on Wednesday night, Rudy Giuliani told host Sean Hannity that President Donald Trump reimbursed his personal attorney, Michael Cohen, $130,000 that Cohen paid to adult film actress Stormy Daniels days before the 2016 election in exchange for her silence about a sexual encounter with Trump in 2006.

"They funneled the payment through [Cohen's] law firm," Hannity said.

"Funneled it through the law firm and the president repaid it," Giuliani said. 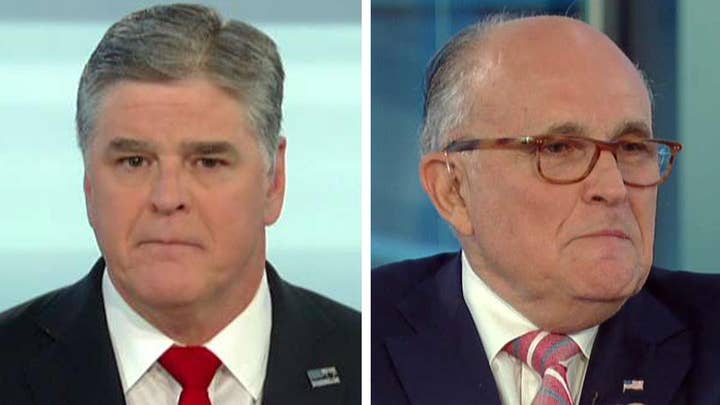 But Giuliani later clarified for Fox News that the money Trump paid to Cohen was for unspecified "expenses," and that the president was unaware that money would be going to Daniels.

A spokesman said the White House had no comment on the matter, citing an ongoing investigation.

On "Hannity," Giuliani said Trump repaid Cohen "over several months" by putting him on a "retainer of $35,000 when he was doing no work for the president."

"I said, 'That's how he's repaying it, with a little profit and a little margin for paying taxes,'" said Giuliani, who added that Trump "didn’t know about the specifics of [the payment], as far as I know, but he did know about the general arrangement that Michael would take care of things like this. Like I take care of things like this for my clients. I don’t burden them with every single thing that comes along." 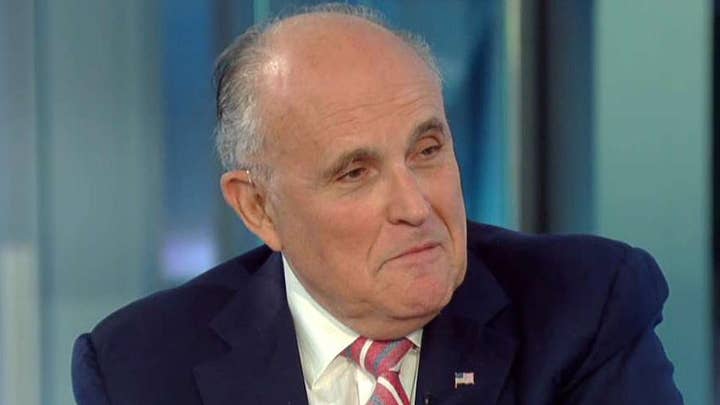 Last month, Trump told reporters on Air Force One that he had no knowledge about the payment Cohen made to Daniels. When asked why Cohen sent Daniels the money, the president answered: "You'll have to ask Michael Cohen - Michael's my attorney."

After Giuliani's appearance on "Hannity," sources familiar with the matter told Fox News that Trump did in fact repay Cohen the $130,000 Cohen paid to Daniels, over several months.

While the source did not know why Trump said he had no knowledge of the payments in the Air Force One gaggle, the source confirmed that the president knowingly paid Cohen back.

The source said that while the matter was “embarrassing for the president, it strikes a blow to the heart of the U.S. Attorney for the Southern District of New York’s case.

The source did not know the exact timing of when the payments to Cohen began and ended. The source believes the repayments started after the transaction with Daniels was completed.

Later Wednesday, Giuliani clarified to Fox News that the president reimbursed Cohen for "expenses," not for a payment to Daniels.

Giuliani said Cohen told the president that he had incurred the expenses on Trump’s behalf and they required repayment. The former mayor said Trump was not aware that the expenses included a $130,000 payment to Daniels.

Trump became aware of it, Giuliani said, only after the case became public.

Giuliani said the payments continued into 2017, but were completed before the Daniels non-disclosure-agreement story broke. He said he spoke with Trump before his appearance on "Hannity" and that Trump was aware of what Giuliani was going to say on the show.

"We predicted months ago that it would be proven that the American people had been lied to as to the $130k payment and what Mr. Trump knew, when he knew it and what he did in connection with it," Avenatti wrote. "Every American, regardless of their politics, should be outraged...

"...by what we have now learned. Mr. Trump stood on AF1 and blatantly lied. This followed the lies told by others close to him, including Mr. Cohen. This should never be acceptable in our America. We will not rest until justice is served. #basta"

Later, in an appearance on "Fox News @ Night" with Shannon Bream, White House deputy press secretary Hogan Gidley said White House officials were unaware of what topics would be discussed on the "Hannity" show, and declined to comment on the $130,000 payment, citing an ongoing investigation.

"I have to refer anything on this matter to the president's outside counsel," Gidley told Bream.

"There's been too much government misconduct," Giuliani said. "The crimes now have all been committed by the government and their agents."

The former mayor also called for former FBI Director James Comey to be prosecuted for leaking classified information, at one point calling him "a disgraceful liar."

"I have never, ever... leaked a damn thing," said Giuliani, referring to his time as a U.S. Attorney. "I would have considered resigning if I ever did that."

Comey, who was fired by Trump as FBI director in May 2017, has admitted giving memos about his conversations with President Trump to at least three people -- including members of his legal team. He has claimed that the memos were personal documents, not government property.

Giuliani said that Trump had dismissed Comey because "Comey would not, among other things, say that [Trump] wasn't a target of the [Russia] investigation. He's entitled to that. Hillary Clinton got that [during the email investigation.] And he couldn't get that.

"You can't blame the president for feeling, 'I am not being treated the same way [Clinton was]," Giuliani said.

At one point, Giuliani addressed Comey directly, saying that "every FBI agent in America has his head down because of you. It would be good ... if God had kept you out of being the head of the FBI."