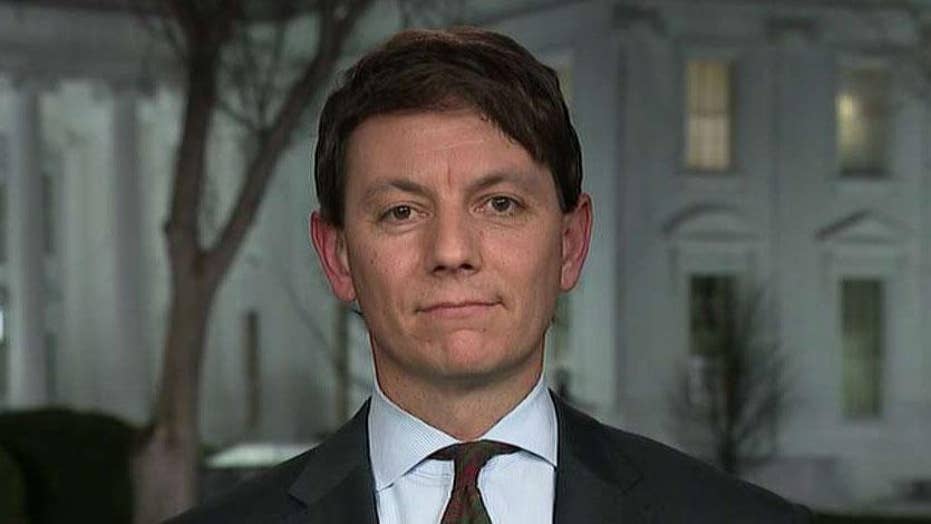 "As some of the details leak out from the Democrat proposal, you now see that they have more funding for foreign countries in aid than they do for border security, and that should be scary to any American," Gidley said in a brief statement on the White House driveway.

On Monday, Democrats unveiled a pair of bills, neither of which includes the $5.7 billion President Trump wants for his long-promised wall along the U.S.-Mexico border. Instead, one piece of legislation temporarily funds the Department of Homeland Security at current levels, with $1.3 billion for border security, through Feb. 8.

The other measure includes a bipartisan bill to fund the State Department, the U.S. Agency for International Development (USAID) and related agencies. That legislation specifically provides for $54.4 billion in discretionary spending, $12 billion more than Trump requested in his own budget blueprint. Some of the line items in the measure include $3.3 billion in security assistance for Israel, $1.68 billion toward international peacekeeping, $7.8 billion toward international disaster assistance and refugee assistance, and $5.7 billion toward the President's Emergency Plan for AIDS Relief program (PEPFAR).

McConnell to incoming Dems: Senate will not waste its time on a bill the president will not sign

Trump expressed his frustration with the proposal to reporters Wednesday, lamenting that "The Democrats want $12 billion more in foreign aid … but they won’t approve $5.6 billion for a wall. It’s purely politics."

"It isn’t comprehensive. It ignores the needs of border security. It’s exactly the kind of proposal you’d expect if the incoming House Democrats were choosing to stage a political sideshow rather than do the hard work of helping to govern the country," said McConnell, who added: "The Senate will not waste its time considering a Democrat bill which cannot pass this chamber and which the president will not sign."