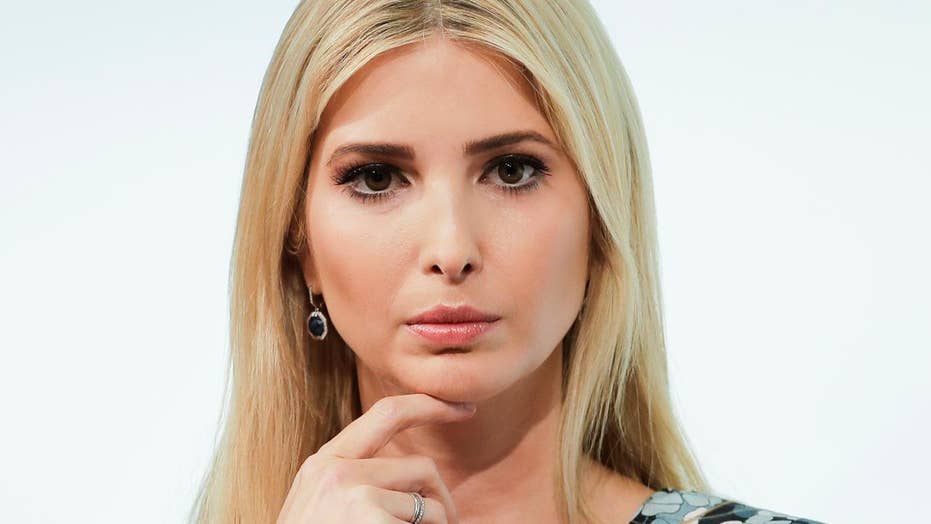 First daughter and presidential adviser Ivanka Trump faced a rocky reception Tuesday while defending her father’s advocacy for women at an event in Germany.

During her first official trip abroad in her White House role, she drew groans from the audience when she touted her father’s record after making a plug for paid leave policies.

“I am very proud of my father's advocacy -- long before he came to the presidency but during the campaign and into the primaries, he has been a tremendous champion of supporting families and enabling them to thrive,” she said in Berlin.

Disapproving murmurs and groans could be heard, and the moderator paused to note the reaction. The moderator said President Trump’s public attitudes toward women “in former times might leave one questioning whether he’s such an empower-er for women,” and asked Ivanka to comment.

In response, the first daughter said she’s heard such criticism from the media, and it’s “being perpetuated,” but said she knows her father’s attitudes from “personal experience.”

“And I think the thousands of women who have worked with and for my father for decades when he was in the private sector are a testament to his belief and solid conviction in the potential of women,” she said.

President Trump tweeted earlier Tuesday that he is "proud of @IvankaTrump for her leadership on these important issues" as she started her trip.

Ivanka Trump's one-day visit, at the invitation of German Chancellor Angela Merkel, gave Merkel and other officials face-to-face access with the president's influential daughter at a time when world leaders are still trying to discern where his policies will lead.

Merkel and Trump were part of a high-powered panel discussion Tuesday at the W20 Summit, a women-focused effort within the Group of 20 countries, entitled "Inspiring women: Scaling up women's entrepreneurship." They were joined by Canadian Foreign Minister Chrystia Freeland, International Monetary Fund chief Christine Lagarde and the Netherlands' Queen Maxima, among others.

The 35-year-old Trump, who stepped away from running her fashion brand to become an unpaid White House adviser, said she is still finding her feet in her new role.

"I'm listening, I'm learning, I'm defining the ways in which I think that I'll be able to have impact" in empowering women in the U.S. economy and beyond, she said.