53,000 voter registrations on hold due to new law.

Concerns over potential voter suppression have rocked the Georgia gubernatorial race in the days leading up to the midterm election – with calls for the Republican candidate to step down from his job as secretary state.

Brian Kemp, who has served as Georgia’s secretary of state since 2010, faces Democrat Stacey Abrams in the contentious election. Abrams can make history if she wins – as the state’s first black, female leader.

Fox News has ranked the gubernatorial race a toss-up.

But claims of alleged voter suppression has been a recurring theme throughout the gubernatorial race – from senior citizens kicked off a bus taking them to vote to lawsuits filed over Georgia’s so-called “exact match” law.

“You could say Georgia has been a leader in the field of voter suppression,” Bruce Mallard, an assistant professor of political science at Savannah State University, told Fox News.

Read on for a look at the allegations into voter suppression in Georgia and how the candidates have responded.

What are the concerns?

‘Exact match’: According to a 2017 Georgia law, Georgians’ government ID must match exactly the name on their voter registration card. A small typo – even the lack of a hyphen in the last name – could throw a person’s registration status into “pending” status, giving the potential voter 26 months to correct it, according to Atlanta Magazine.

A study from The Associated Press revealed there are about 53,000 registrations that were on hold by October – and many voters might be unaware even though they should receive a letter of notification from the county board of registrars.

A lawsuit filed by multiple civil rights organizations alleged about 80 percent of those people are minorities.

But someone with a pending status would still be able to vote as long as they can prove a “substantial match” between their voter registration and ID, The Atlanta Journal-Constitution reported. And under state law, voters must bring a valid photo ID with them to the polls anyway.

Kemp’s office has said it merely “conduct[s] regular list maintenance of the voter rolls to ensure election integrity” as required by federal and state law.

“All of the affected records were inactive as a result of returned mail, National Change of Address, and ‘no contact’ list maintenance procedures,” it said.

Threats of closing polling places: Residents in a Georgia county were afraid after a consultant recommended closing seven of its nine polling places.

But Randolph County ultimately voted to reject the proposal in August, according to The New York Times.

The county is made up of majority black residents.

Absentee ballots rejected: Many Georgians are worried that if they vote absentee, their ballot won't actually be counted. The ACLU and other groups have filed lawsuits in Georgia after one county reported a comparatively high rate of rejected absentee ballots during the start of early voting.

Gwinnett County reportedly rejected 9.6 percent of all absentee mail ballots on Oct. 12. In comparison, DeKalb County had rejected 1.9 percent and Fulton County rejected none, according to court filings. Most of the rejections stem from a mismatch in the signature.

Voters who are notified of a problem can request a new ballot or vote in person, but the law does not provide time after the election to resolve the problems. That could potentially affect voters who drop off their ballots on Election Day.

A federal judge ruled that Georgia election officials cannot reject ballots for a signature mismatch without providing them an opportunity to verify their identity.

And why are people calling for Kemp to resign? 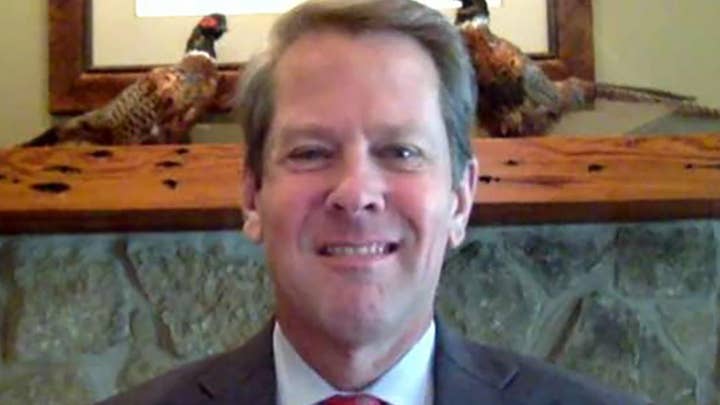 As accusations of voter suppression have mounted in the weeks leading up to the election, some Democrats have called for Kemp’s resignation as Georgia’s secretary of state. Part of his duties in the position include the responsibility of “the administration of secure, accessible, and fair elections,” according to his website, and critics worry he won’t be impartial since he’s a candidate.

Former President Jimmy Carter, a Georgia resident, asked Kemp to step down in a letter, saying, “[O]ne of the key requirements for a fair and trusted process is that there be nonbiased supervision of the electoral process.”

However, Kemp has maintained that he’s fairly applying Georgia’s law when it comes to voter issues. He also pointed to bipartisan panels of local officials who run much of the election process.

Abrams hasn’t been immune to controversy either. In October, she said a “blue wave” would include “those who are told they are not worthy of being here … those who are documented and undocumented.”

Republicans, including Kemp, pounced on the remarks and accused her of wanting “illegals to vote in Georgia.”

In a debate, Abrams countered that Kemp was twisting her words and her record of fighting to make it easier for legal citizens to vote.